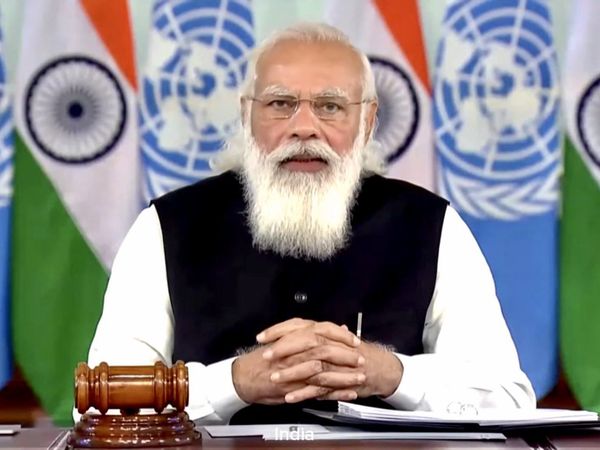 Washington: Prime Minister Narendra Modi said on Wednesday that international travel should be made easier through mutual recognition of vaccine certificates, amid several countries adopting different sets of rules to allow foreigners to enter their territory in the wake of the COVID-19 pandemic that has caused unprecedented disruption.

In his video remarks at the Global COVID Summit hosted by US President Joe Biden, Modi also said that India was ramping up production capacity of existing vaccines and emphasised that the supply chains of raw materials must be kept open so that vaccine supplies to other countries can be resumed.

“We also need to focus on addressing the pandemic’s economic effects. To that end, international travel should be made easier, through mutual recognition of vaccine certificates,” Modi said.

His remarks comes on a day when the UK government issued an updated international travel advisory to include AstraZeneca Covishield among the eligible COVID-19 vaccine formulations but kept India out of the 18 countries on an approved vaccinations list, requiring Indians to follow rules set out for “non-vaccinated” travellers.

Despite the inclusion of Covishield, Indian travellers are not exempt from the quarantine rules under the UK’s new international travel norms that will come into force from October 4.

On Monday, the US had announced a new international travel system under which fully vaccinated individuals would be allowed to enter the country beginning early November.

Former US president Donald Trump had imposed a blanket ban on foreign travellers from entering the US at the start of the coronavirus pandemic in early 2020. The new system adopted by the Biden administration essentially lifts the travel ban on countries like India that the US had earlier enforced.

In his remarks, Modi said the COVID-19 pandemic has been an unprecedented disruption. “And, it is not yet over. Much of the world is still to be vaccinated. That is why this initiative by President Biden is timely and welcome,” he said.

Modi said that India is ramping up production capacity of existing vaccines.

“As newer Indian vaccines get developed, we are also ramping up production capacity of existing vaccines. As our production increases, we will be able to resume vaccine supplies to others too. For this, the supply chains of raw materials must be kept open,” Modi said.

With our Quad partners, we are leveraging India’s manufacturing strengths to produce vaccines for the Indo-Pacific region, Modi said, referring to the US, Australia and Japan, who form the four-member grouping.

He also pointed out that India and South Africa have proposed a TRIPS waiver at the WTO for COVID vaccines, diagnostics and medicines.

This, he said, will enable rapid scaling up of the fight against the pandemic.

India stopped the export of COVID-19 vaccines after the second wave of the pandemic hit the country in April this year.

On Monday, India said that it will resume export of surplus COVID-19 vaccines in the fourth quarter of 2021 under the ”Vaccine Maitri” programme and to meet its commitment to the COVAX global pool.

COVAX is a worldwide initiative aimed at equitable access to COVID-19 vaccines directed by Gavi, the Vaccine Alliance, the Coalition for Epidemic Preparedness Innovations, and the World Health Organisation (WHO).

WHO chief Tedros Adhanom Ghebreyesus hailed India’s decision to resume COVID-19 vaccine exports as an important development in support of the goal to reach 40 per cent vaccination in all countries by end of the year.

“Recently, we vaccinated about 25 million people on a single day. Our grassroots level healthcare system has delivered over 800 million vaccine doses so far, he said, adding this has been enabled through the use of India’s innovative digital platform called CO-WIN.

In the spirit of sharing, India has made CO-WIN and many other digital solutions available freely as open-source software, Modi said.

Modi said that India has always seen humanity as one family. India’s pharmaceutical industry has produced cost-effective diagnostic kits, drugs, medical devices, and PPE kits. These, he noted, are providing affordable options to many developing countries.

“We’ve shared medicines and medical supplies with over 150 nations. Two indigenously developed vaccines have received Emergency Use Authorisation in India including the world’s first DNA-based vaccine. Several Indian companies are also involved in licensed production of various vaccines, he added.

“Earlier this year, we shared our vaccine production with 95 other countries, and with UN peacekeepers. And, like a family, the world also stood with India when we were going through a second wave, the prime minister said, acknowledging the help provided by the international community to India in the hour of its crisis.

For the solidarity and support extended to India, I thank you all, he said.

“I once again endorse the objectives of this Summit and President Biden’s vision,” the prime minister said. He also declared that India is ready to work with the world to end the pandemic that has affected the lives of people across the world.

According to latest figures from Johns Hopkins University COVID-19 tracker, over 229,775,800 cases have been reported across the world and the deadly disease has claimed the lives of more than 4,712,700 people. 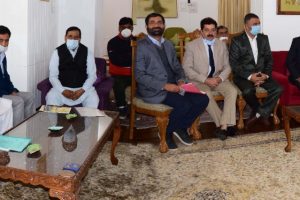 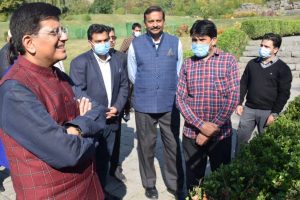 Indian diaspora has distinguished itself across the world: Modi
2 cops among 6 employees sacked by govt. for ‘militancy’ links in J&K
Comment