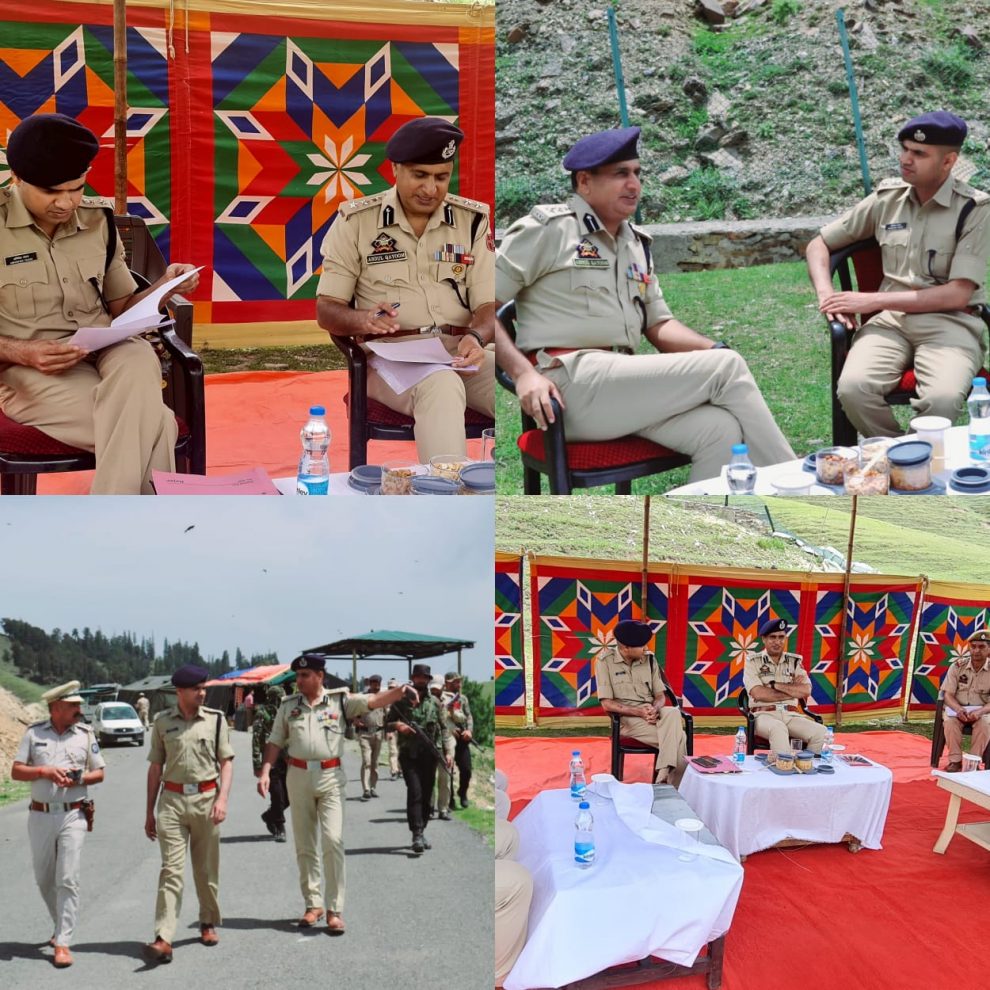 JAMMU: In order to review the security situation of the area along the boundary of District Doda, Kishtwar and District Chamba of Himachal Pradesh in view of increase in movement of nomads, shepherds, cowherds and other movement in high ridges ahead of summer season besides discussion on the crime related issues having inter-state ramifications, an inter-state coordination meeting was held by at Padhri Pass Bhaderwah which was represented by SSP Doda, Sh. Abdul Qayoom-(JKPS) to deliberate upon the crime/security issues of District Doda and Kishtwar (UT J&K) whereas, Sh. Abhishek Yadav (IPS) SSP Chamba represented from District Chamba (State HP).

In the meeting all the security related issues of the area along the boundary of District Kishtwar, Doda and Chamba were discussed threadbare which includes security and safe passage of Annual Manimehash Yatra 1st and 2nd, originating from Bhaderwah, Mindal Yatra from Doda and Kishtwar to Pangai valley (Kellar) Chamba (HP), strengthening of security surveillance and area domination along the area of boundary on both sides in view of forthcoming famous historical MINJAR MELA in District Chamba, joint patrolling by Army/Police along boundary area to curb the movement of anti-national elements, OGWs, terror associates and other suspicious movements besides keeping check on bovine smuggling, drug trafficking, forest smuggling etc on the routes in high ridges.

Various security measures were suggested and an effective security mechanism was chalked out to put in place on both sides along the boundary area which includes joint check posts at Sansari Nalla linking Chamba District with Kishtwar, checking /frisking in close coordination between seasonal posts, regular meetings between SHOs of neighboring Police Stations etc. Other suggestions and measures to work in close coordination like sharing of list of wanted criminals, bovine summaglers, OGWs, missing persons, drug peddlers, absconders who cross over to Himachal side and take shelter there on the pretext of being labourers, besides sharing of information on real time basis for initiating preventive measures, developing effective communication network were also discussed in the meeting.

The meeting concluded in cordial situation with full assurance of providing all possible assistance to each other for setting up of effective security apparatus along the boundary areas.