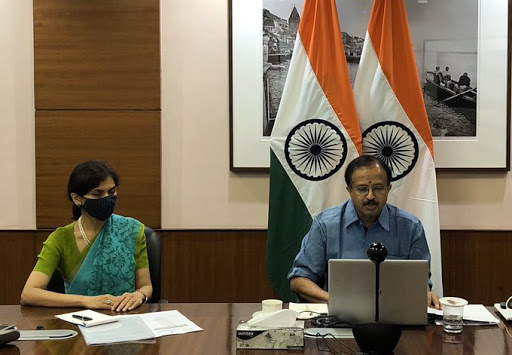 A national security planner said the intelligence probe also covers the role of individuals connected to the nonprofits with close links with Turkey and prepare a comprehensive report on their activities, overt and otherwise.

A more intensive probe could be ordered later against identified groups and individuals that are believed to have crossed the red lines, he said. The second-level probe could include a hard look at the foreign funds received and its use.

The move follows multiple reports from India’s intelligence community over the last few months that red flagged efforts to radicalise Indian Muslims in Kashmir and elsewhere in the country. Analysts had then pointed that Ankara’s attempt to expand its influence against the backdrop of President Erdogan’s pitch to challenge Saudi Arabia’s dominance in the Islamic world at a global level and offering a reshaped, conservative Turkey with Ottoman traditions as a model for Islamic nations to follow.

The intel reports had also spotted a spike in the activities of Turkey-linked NGOs in Kashmir and elsewhere in the country, some of them linked to Turkey’s ruling Justice and Development Party (AK Party). The growth of their activities coincided with a change in the tenor and extent of reportage and analytical pieces on Kashmir in the Turkish media that reflect Pakistan’s viewpoint. Also, people having deep links with Kashmiri separatists are being used by Turkish national media to target India.

An intelligence report recently submitted to the government has noted efforts by Turkey-linked NGOs to reach out to Kashmiris with assistance during Ramzan. Some others have been organising webinars and other events where topics such as the amended citizenship law, riots and hate crimes are discussed. An official said the narratives projected at these online interactions and on social media are provocative.

“These are not discussions where different viewpoints are presented but are meant to reinforce fears around Islamophobia in India,” the official said.

Islamophobia has been a recurring theme in Pakistan and Prime Minister Imran Khan’s offensive against the Indian government for about a year and had tried to weave a narrative around it in Gulf countries and other Islamic-majority countries.

Erdogan was seen to be working on this narrative earlier this year when he lashed out at India for the Delhi riots. “India right now has become a country where massacres are widespread. What massacres? Massacres of Muslims. By who? Hindus,” Erdogan said in a speech in Ankara in February.

India had then denounced his “irresponsible” statement that the external affairs ministry said was driven by his “political agenda”.

“The comments are factually inaccurate and are driven by his political agenda. We do not expect such irresponsible statements from a Head of State,” the ministry had said.