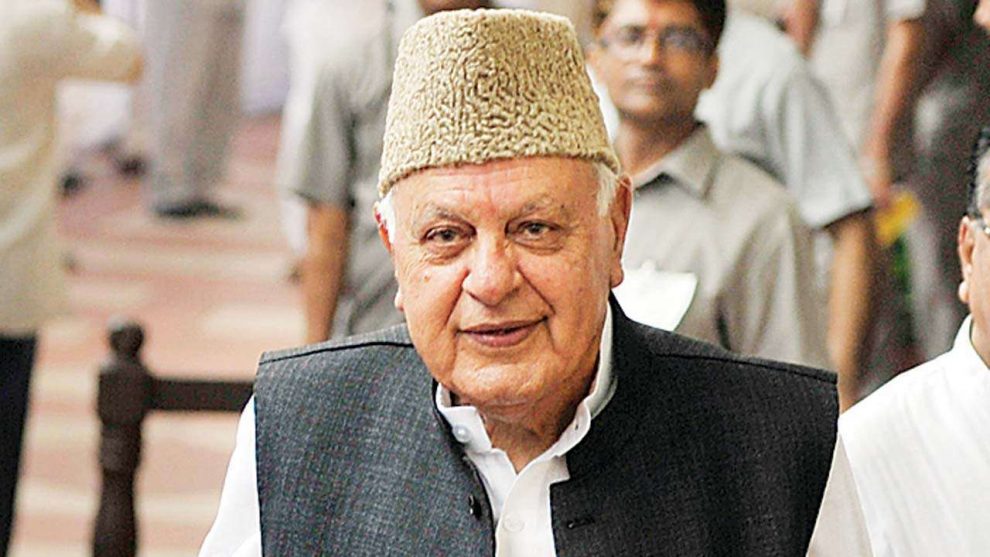 Srinagar, Dec 09: National Conference (NC) President and Member of Parliament from Srinagar Dr. Farooq Abdullah Wednesday said the unilateral and unconstitutional abrogation of J&K’s special status has coincided with a steep rise in the infringement of fundamental and human rights in J&K.

“The honour of the people has been compromised and downgraded on every account since the spiteful measures of August 5th were undertaken by the ruling BJP at center  by giving a ditch to all established constitutional norms and parliamentary propriety,” Party President said in his message on the international human rights day.

He said the months that followed the August 5th 2019 measures saw a steep rise in the human rights violations of people in face of disallowing people to pray, blocking communication channels, snatching exclusive jobs rights of local youth.

“BJP climbed the political ladder nationally by employing a narrative that Articles 370, 35-A were impeding the job prospects of the youth. Far from providing jobs to the youth, the incumbent ruling dispensation at center which is in direct control of J&K’s affairs showed door to thousands of employed youth. 17 months have passed since, the much touted promise of ruling BJP on the creation of Job extravaganza is yet to see light of the day,” he said.

The government grinding of fundamental rights of the people of J&k didn’t stop there; the right to freedom of religion has also been in jeopardy since. “I wasn’t allowed to take part in congregational prayers at Hazratbal following Eid e Milad observance,” he said. “Putting restrictions on mainstream political leaders has sadly become the order of the day. Mehbooba Mufti has been locked up inside her home once again. Such blatant violations of freedom to move, assemble and speak are a badge that the incumbent government wears proudly,” he said