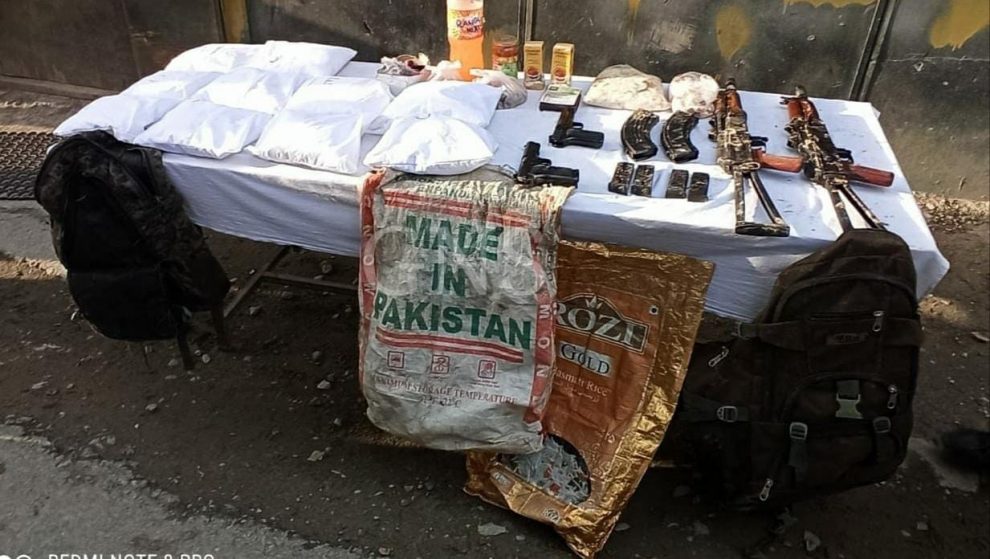 KUPWARA: Security agencies on Friday identified an infiltrator killed along the line of control in the Tangdhar area of Kupwara and recovered a large cache of arms and ammunition besides ten packets of heroin from his possession.

The infiltrator has been identified as Mohammad Muneer son of Bilal Ahmad of Jura Bandi Athmuqam PaK, officials said.

The infiltrator was killed along LoC near ‘Darshan post’ on Friday. “During the search two 47 rifles with magazines, two pistols with magazines, and ten packets of heroin were recovered. (GNS)