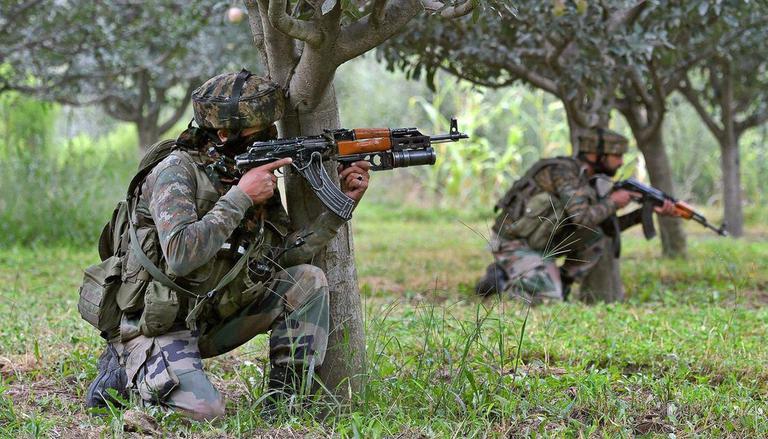 KUPWARA: Security Forces Thursday foiled an infiltration bid in Jumagund area of northern district of Kupwara by killing three Lashkar-e-Toiba militants, who were trying to sneak into this side. A porter also lost his life in the encounter.

Giving details of today’s operation, a senior police officer told that based on a specific input developed by Kupwara police regarding infiltration attempt of militants in village Jumagund near Line of Control (LoC) area of Kupwara.

He said that an ambush was put in place by Police and Army in the area. “As the infiltrating militants were intercepted by the joint party of security forces, they have challenged who in return fired indiscriminately upon joint party which was retaliated by the joint party leading to an encounter,” the official said. “In the ensuing encounter, three militants were killed. As per the documents recovered from them, slain have been identified as Lashkar-e-Taiba militants and all are residents of Pakistan.”

The official said that incriminating materials, arms and ammunition, including 03 AK series rifles, 12 AK Magazines, 01 Pistol, 02 Pistol Magazines and three mobile phones have been recovered from their possession.

Police said that an army porter identified as Abul Lateef Mir son of Majeed Mir, a resident of Kuchiban also got injured in the Kupwara encounter who later  succumbed to injuries in a hospital.

Inspector General of Police (IGP) Kashmir, Vijay Kumar termed the killing of three Lashkar militants as a big success and congratulated the joint forces for successive operations leading to the elimination of six foreign militants in last 24 hours which takes the tally of slain foreign militants to 26 during the current year in the valley.

Meanwhile, army spokesman in a statement said that army foiled an infiltration attempt in forward areas of Keran sector on May 26, culminating in the killing of three militants and recovery of large quantity of war like stores.

The army spokesman said that the operation was launched based on a Joint Intelligence from several agencies including SSP Kupwara. “Several search parties were formed, who conducted vigorous searches and established multiple ambushes,” he said, adding that the contact with militants was established at 04.45 am in the forward areas close to the LoC, leading to heavy exchange of fire.

“One civil porter also lost his life in the firefight. The thorough search was conducted in the morning and concluded at about 2 PM, ” the army spokesman said. “Search of the area yielded bodies of three militants, three AK rifles, one pistol, six grenades and large quantity of ammunition and stores related to Improvised Explosive Devices.”

The army further said that exporting militancy in J&K has been a state policy of Pakistan in the last three decades. “Increased desperation of militants handlers across is evident as a result of effect-based operations conducted by the Indian Army and prevailing peace and tranquillity evident from large number of tourists coming to the valley,” the army spokesman added.

He said that Pakistan’s “nefarious designs” to revive the dying agenda and keep the pot boiling in J&K under the garb of “Ceasefire Understanding by Pakistan army is the new deceit.”

The army spokesman said that the elimination of three Pakistani militants, recovery of war like stores to include stores for Improvised Explosive Devices is a clear indication of an intent to disrupt peace, prosperity of locals and the impending Amarnath Yatra.

Pertinently, today’s infiltration bid comes just a day after security forces killed three Jaish-e-Muhammad militants in Kreeri area of Baramulla district in a chance encounter in which a policeman was also killed—(KNO)