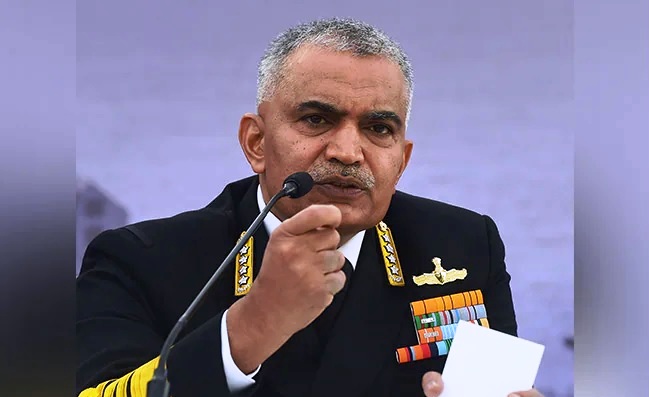 New Delhi: We have inducted 341 women Agniveers, and it’s the first time women are being inducted into the ranks. We’re not inducting women separately, said Navy Chief Adm R Hari Kumar on Saturday.

He said that they are being inducted in the same manner as their male counterparts. It’s a uniform method of selection and undergo similar tests.

First batch of Agniveers already reported, about 3000 Agniveers have joined out of whom about 341 are women. Come next year, we are looking at women officers being inducted across all branches and not just the 7-8 branches they’re restricted to as of today, he said.

“They’ll be deployed on ships, airbases, aircraft. They will be trained for everything the way a normal sailor is trained,” Navy chief said.

There is going to be no difference in training. We’re looking at being a gender-neutral force where we only look at capability of the individual, Navy chief said. (Agencies)