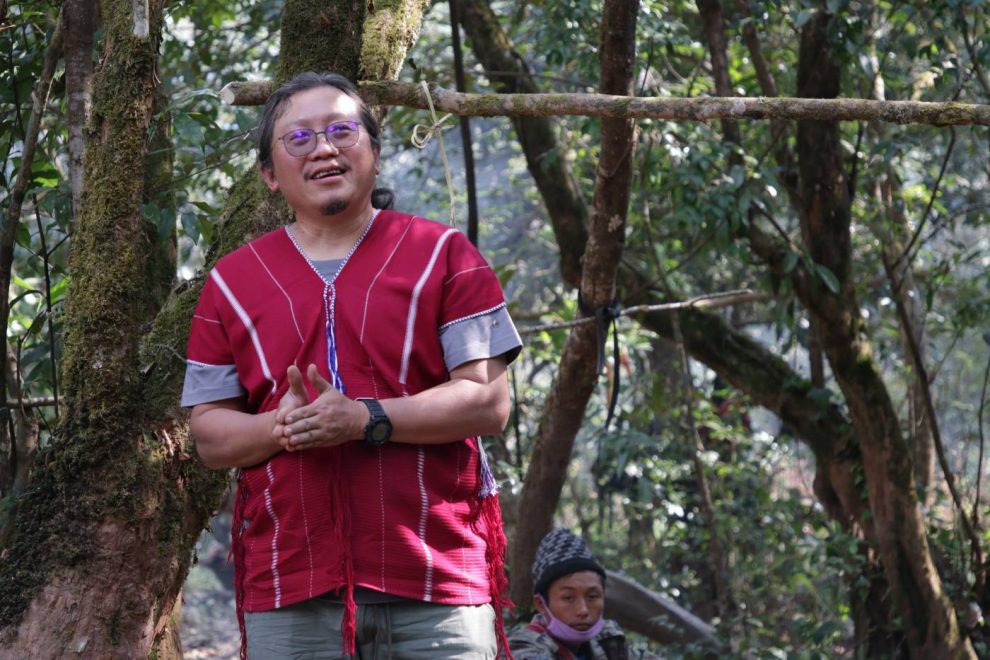 BANGKOK: Tapping into indigenous knowledge and involving local communities are the best ways to protect forests and other natural resources to keep climate change in check, a prominent Myanmar activist said on Thursday.

Paul Sein Twa, an indigenous Karen who two years ago established a 1.35 million acre (546,300 hectares) peace park, was this week named the Asia winner of the Goldman Environmental Prize – known as the “Green Nobel” – for grassroots activism.

The Salween Peace Park, in the Salween River basin on Myanmar’s eastern frontier with Thailand, is an important biodiversity area that combines the ancestral lands of about 350 indigenous communities who collectively manage the park.

“The peace park is based on indigenous knowledge, customary practices and a collaborative approach to conservation,” Sein Twa, 47, who grew up in a refugee camp on the Thai-Myanmar border, told the Thomson Reuters Foundation.

“We consider ourselves to be guardians, custodians of our natural resources. Our view is different from the Western fortress conservation approach where forest dwellers are driven out, and their relationship with nature is broken,” he said.

Worldwide, indigenous people and rural communities have customary land rights to at least half of all territory, but legally own just 10%, according to the Rights and Resources Initiative (RRI) think tank, leaving them at risk of evictions.

Recent research by RRI showed that indigenous and local communities are key to achieving the United Nations’ goal to restore biodiversity by 2030, and that recognising their tenure rights is the most cost-effective to protect forests.

Peace parks seek to promote peace building by preserving biodiversity and cultural heritage. Examples include the Selous-Niassa wildlife corridor along the Tanzania-Mozambique border, and the Cordillera del Condor on the border of Ecuador and Peru.

In Myanmar, “Sein Twa has ably combined grassroots environmental activism and indigenous self-determination to create the peace park in a conflict zone – a singular and unprecedented achievement,” the Goldman prize said in a statement.

The Karen, a major ethnic group in Myanmar, have fought for autonomy for about 70 years.

The conflict has killed hundreds and forced tens of thousands of Karen from their homes, rights groups say, although a nationwide ceasefire agreement has been in place since 2015.

This agreement could be jeopardised by a recent federal law that can declare plots of land to be vacant or fallow in order to lease them to commercial plantations, said Sein Twa.

“To us, there is no wasteland; all land has value,” said Sein Twa, who co-founded the Karen Environmental and Social Action Network (KESAN) to advocate for the community.

“Recognising customary and ancestral territory that may not be formally tenured is central to our land use management. It encourages people to more actively thwart the logging, dams and mining that are a threat to our existence,” he said.

When establishing the peace park, KESAN held a referendum among nearly 68,000 people on how it would be managed and its governance structure, which also includes women.

It used the global positioning system to map land and record customary ownership.

The park, which includes vast stretches of teak forests and is home to endangered populations of tigers, pangolins and sun bears, also won the United Nations’ Equator Prize this year for sustainable development.

But the Myanmar government’s plans to increase protected areas could jeopardise the park and undermine the fragile peace, Sein Twa said.

More than 250,000 people in 15 countries have been evicted from protected areas from 1990 to 2014, according to the RRI. Most of these areas overlapped with indigenous land.

“It is time the world respects and recognises indigenous peoples’ rights and knowledge,” said Sein Twa.

“By doing so, we can find effective solutions to climate change and the loss of biodiversity everywhere.”