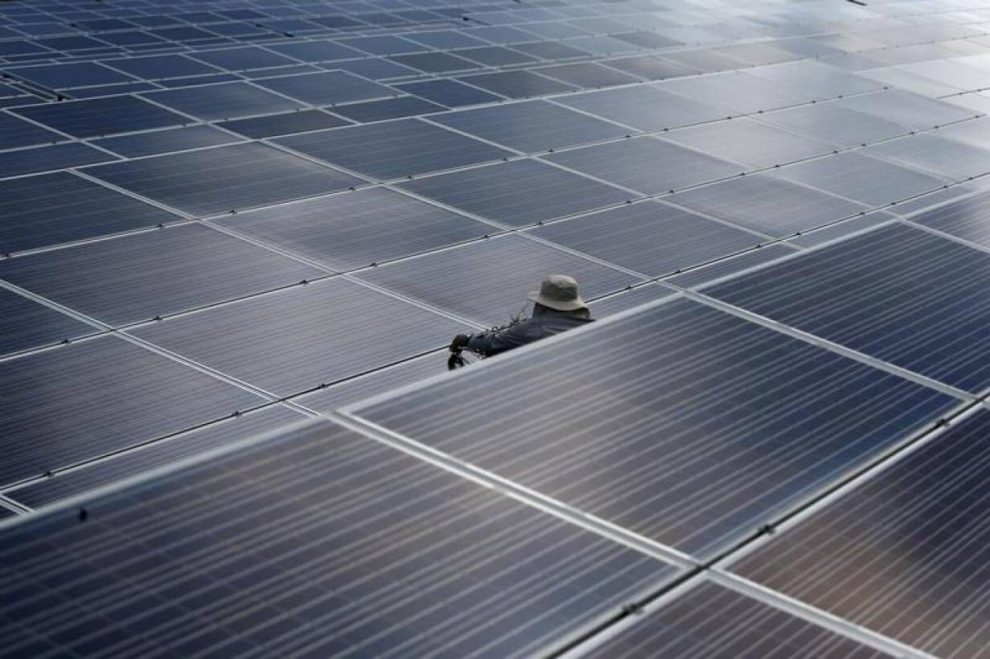 BAN KHU, Thailand: Muhammad Lamoh had no inkling that his small village of Ban Khu in southern Thailand would be key to the nation’s renewable energy goals, until local authorities called a community meeting to inform them of a plan to build a biomass plant.

The 25 megawatt plant began operating in March last year, despite villagers’ concerns about its effects on their health, its proximity to a local school, and sharing water from a canal that they used for fishing and their rubber and rice crops.

Before long, villagers noticed a foul smell and waste such as fly ash being dumped. Some residents complained of skin rashes, and many could not get as much water from the canal.

“Our main concerns are the impacts on our health, and on the land and water – but our concerns were not addressed in a satisfactory manner,” said Lamoh, 58, a fourth-generation resident and community leader.

“We know renewable energy is good, but we were not consulted on the plant, and we do not benefit from it,” he said, gesturing to the plant that is off a highway, about a mile from his home.

Emissions are monitored, waste is securely stored, and water usage is minimised to limit “any potential impacts on the environment or local community,” and information on emissions and other environmental aspects is publicly disclosed, she said.

While renewable energy has a large land footprint, the projects receive government incentives and less scrutiny than fossil-fuel projects such as coal, and few companies have policies to avoid or minimise human rights abuses.

“The transition to clean energy is necessary. But it has to be undertaken respecting rights of local communities,” said Jesse Cato, a programme manager at the Business & Human Rights Resource Centre (BHRRC) in Berlin.

BHRRC has seen a “concerning rise” in human rights violations in renewable energy projects, she said, recording about 200 allegations of land rights and indigenous rights abuses, displacement, violence and threats in the last decade.

With falling costs and favourable government policies, renewables are forecast to supply one-third of the world’s electricity in 2025, with hydropower making up about half that output, followed by wind and solar photovoltaics.

Japan and South Korea have pledged to achieve carbon neutrality by 2050, and China by 2060, with other nations in the Asia-Pacific region also committing to ambitious goals.

India, the world’s third-biggest greenhouse gas emitter, has set a renewable energy target of 175 gigawatts by 2022, including 100 GW from solar and 60 GW from wind.

To reach that goal, large-scale projects – which make up the bulk of India’s solar capacity – are exempt from environmental assessments and public hearings, and are fast-tracked.

In states where solar and wind parks are planned or have been built, human rights groups say rural communities have been uprooted, with few being relocated or given enough compensation.

“Almost all land areas are being envisioned as empty spaces to accommodate these projects – including grasslands, forests and agricultural land,” said Kanchi Kohli, a senior researcher at the Centre for Policy Research thinktank in New Delhi.

“Legalising these projects doesn’t make them socially or environmentally legitimate,” she said.

In Mikir Bamuni Grant village in the eastern state of Assam, a 15 MW solar power plant being built on agricultural land will displace hundreds of villagers, according to Prafulla Samantara, an environmental activist.

“The law to protect the right to land of indigenous communities was secured after decades of struggle,” said Samantara, who won the prestigious Goldman Environmental Prize in 2017, also known as the “Green Nobel”.

“The culture, identity, lives and livelihood of indigenous farmers of Mikir Bamuni Grant are under threat.”

A spokesman for the Assam government did not respond to a request for comment.

On BHRRC’s first human rights benchmark of the world’s 16 largest publicly traded wind and solar energy companies – including three Chinese firms – none had policies to respect land rights, or for just and fair relocation of residents.

Besides the projects themselves, there are also violations related to mining sites and extraction of minerals like lithium used in solar panels and batteries for electric vehicles, according to BHRRC.

“Indigenous communities are on the front lines of both climate change and the energy transition, but we find their land and livelihoods are once again under threat from a new and expanding industry,” said Cato.

In Nepal, the 140 MW Tanahu hydropower project funded by the Asian Development Bank, is expected to affect nearly 800 households of the Magar indigenous community along the river Seti, with more than 60% of residents losing farmland.

They will also lose two temples and nine cremation sites.

A survey by human rights group Community Empowerment and Social Justice Network (CEMSOJ) showed three-quarters of residents were not consulted, and 80% did not get compensation.

“Investors and the government see hydropower as the only way to development and economic growth,” said Prabindra Shakya, executive director of CEMSOJ.

“But that growth is coming at the cost of poor, indigenous communities with no other livelihood options,” he said.

Tanahu Hydropower Ltd. has said it will seek a “mutually acceptable and sustainable solution”.

Dozens of hydropower projects in southeast Asia have also come under scrutiny with growing evidence of drought and reduced fish catch in the Mekong, where 60 million people depend on the river for fishing and farming.

Three years ago, a dam under construction in Laos broke, killing dozens and sweeping away homes.

In Thailand ADB, which also funded the Chana biomass plant, said the project is an “environmentally sustainable solution” to convert agricultural waste into renewable electricity.

But for the more than 100 families in the vicinity of the biomass plant, it has so far brought only discord and unease.

“We understand that we need the power plant, and that this is less harmful than coal, but they must consult with the community and ensure that we have a stake in it,” said Lamoh.

“We see no benefit yet – we still have power outages.”