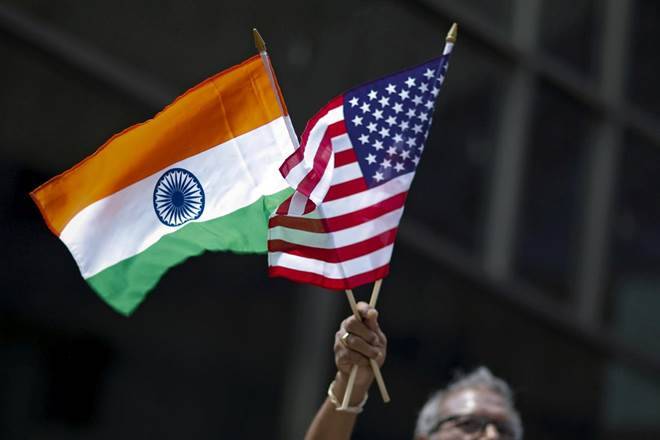 The recent trend in international politics is to build alliances for economic progress, territorial security and technology transfer etc. India could not beat this trend. So, New Delhi has given up its long standing policy of non-alignment and has entered into multi-country engagements. But the choice and nature of such engagements have suddenly come up for scrutiny after the mild ruckus over AUKUS. It is certainly time for New Delhi to rethink and recalibrate its alliance-building strategy.

To start with, the latest alliance New Delhi has joined is Quad. This quadrilateral security partnership was perceived to be a counterweight to Chinese aggression and expansionist tendency. But perhaps, due to India’s initial reluctance to deeply engage until 2020 when the Chinese threat became real, Quad was not growing as expected by others, mainly the United States. Perhaps out of exasperation the US forged a new alliance with Australia and the United Kingdom which is now seen as parallel to Quad.

The logic of new alliance leaving out two of members of Quad does not make great sense. Also, France has expressed deep dissatisfaction as Australia took a trade deal away from Paris to Washington. So, AUKUS is based on ‘betrayal’ raising the question of loyalty.

Talking of the alliances India is part of, a distinct and a sound strategy is not visible. They seem to be fortuitous. Beginning at home, the SAARC was initiated by Zia-ur-Rahman, then President of Bangladesh in 1979, Prime Minister Indira Gandhi had anticipated the risks in group diplomacy. However, the SAARC materialised but did not move very far. In fact, now it is in limbo because of tensions between India and Pakistan. SAARC was a multi-lateral agency but was run bilaterally. Given its structure, any bilateral conflict can stall SAARC proceedings as all the members have to agree for any decision to be taken.

New Delhi, realising the inoperability of SAARC because of Pakistan being the elephant in the room, tried to promote other groupings as substitute to SAARC. One of these is Bay of Bengal Initiative for Multi-Sectoral Technical and Economic Cooperation (BIMSTEC). This is a group of seven South Asian and South-East Asian countries which are dependent on Bay of Bengal: Bangladesh, Bhutan, India, Nepal, Sri Lanka, Myanmar and Thailand. Pakistan is out of it. The group has been acting sporadically without gaining much momentum.

India has opted out of a powerful group like Regional Comprehensive Economic Partnership (RCEP), as it felt apprehensive of Chinese domination in the group and of unequal terms of trade. At the same time, two of its Quad partners, Japan and Australia, are members of this group. Indian strategic opinion is divided on India’s withdrawal from this group after almost 20 years of serious negotiation. Interestingly, India is a member of BRICS and SCO.

BRICS emerged out of an observation made by an economist of Goldman Sachs that there are similarities among fast growing economies such as China, Russia, India and Brazil. The same economist recommended massive western investment in these countries. China grabbed the opportunities and formed an inter-governmental group of these countries with South Africa added as a representative of the African continent. This is called BRICS.

China has set up a bank and has tried to alter the international economic system by giving credits to its members. BRICS has in the process undermined another group which has several common interests called IBSA – India, Brazil and South Africa. All three countries are candidates for permanent membership of the Security Council and have common ideas on South-South Cooperation.

The other China-led organisation is called SCO – Shanghai Cooperation Organisation, which India has become part of. It started off as a group consisting of China and some of the former republics of the Soviet Union. India, Pakistan and Iran joined later and made it quite diverse and difficult to take any decision. In the recent summit of SCO on 17 September 2021, Afghanistan was on the table for discussion, as it was in the BRICS summit a week before. But no decision could be taken because of divergent approaches to Afghan situation.

New Delhi’s real dilemma is to make the choice between American-led alliances and the groups run by Russia and China. It is more than clear that America and China are in race for super power status where Beijing has replaced Moscow as a rival to Washington. After the messy withdrawal of United States from Afghanistan and formation of AUKUS thereafter, the reliability of US as a steady partner has come to be suspected.

But that is not the disincentive for New Delhi to go with America. Rather, New Delhi has been caught in its traditional obsession of balancing, non-aligning and being neutral etc. It has leaned in the past on Soviet Union for its security and has tied up its defence technologies with Russia. New Delhi finds it difficult to disengage. It stays in association with China like BRICS etc. to keep Beijing in good humour.

The foregoing strategy has obviously not worked as China is nibbling at our borders and Russia is going with China and Pakistan. So, the growing Moscow-Beijing-Islamabad axis is not in the interest of India. On the other hand, New Delhi is not going whole-hog with Americans. This dithering has to be discarded. The alliances have to be rationalised. For instance, New Delhi cannot opt out of RCEP and continue in BRICS and SCO; the former is a broader forum with China as a big partner whereas the latter are run by China alone. So the logic is not convincing.

In any alliance building, there should be shared principles and common interests. With the United States, democracy is a shared political value and China is the common enemy. Hence, alliance has a purpose and chances of being viable. If collective bargaining is a function of group diplomacy, building partnerships is a prudent strategy. But it will not stand the test of time unless it is driven by a common cause.

On regional integration, the European Union has shown that pooling of sovereignties under supranational organisations yield collective benefit. Although, EU has suffered minor setbacks over six decades of its journey, including the latest, exit of Britain, it is by far the best example of regional unity. So there is hope in group formation in international politics. But it has to be done sagaciously. New Delhi must rethink sooner than later.