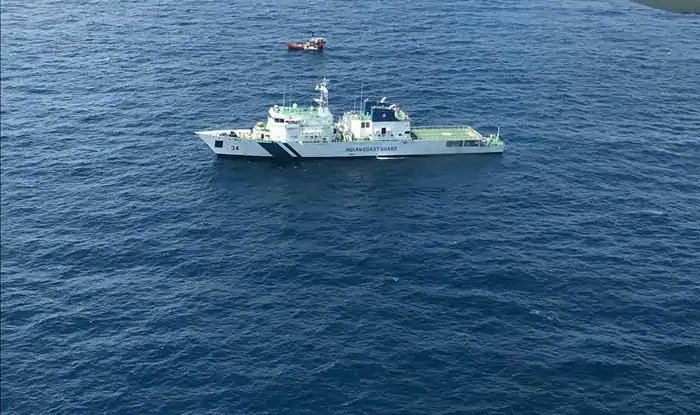 The simultaneous November 2020 visits by India’s External Affairs Minister (EAM) Dr S Jaishakar and National Security Advisor (NSA) Ajit Doval to island-states in the Indian Ocean Region (IOR) took place in the backdrop of the recently-concluded Malabar 2020 naval exercise, which involved the Quad, or India, Australia, Japan and the US. The Malabar Exercise and renewed vigour of Quad interactions have now become the focal point in shaping not only the narrative but also in laying the foundation for the evolving global and regional security architecture based around the idea of the Indo-Pacific.

Trilateral cooperation had begun in 2012 with India and the Maldives inviting Sri Lanka to join their Joint Coast Guard exercise called ‘Dosti’, which was initiated after the first NSA-level interaction in 2011. Two other IOR countries, Mauritius and Seychelles, were invited as observers during the third NSA-level interaction in 2014. However, changing domestic political dynamics in the Maldives brought a hiatus to the trilateral cooperation, which has been revived only now.

The Colombo consultations gain significance in this context because it reflects the maturity in bilateral ties among India and its southern maritime neighbours, as well as the evolving Indian Ocean security architecture. This is because in its initial format, India’s maritime cooperation was limited to island-states in India’s southern maritime neighbourhood. However, with the shared intention to include Bangladesh as an observer, the current initiative seems to be a nascent step towards reflecting the regional maritime space within IOR.

Independent of the trilateral, during a bilateral meeting, Doval and Sri Lankan President Gotabaya Rajapaksa revived cooperation in other fields that had been dormant for some time. The two sides, along with Japan, agreed to proceed with the commercially and strategically important Colombo Port’s Eastern Container Terminal (ECT) project. The ECT was mooted in 2016 with a framework in which the Sri Lankan Port Authority (SLPA) would possess 51 per cent stake. The remainder would be with India as well as Japan, which has now become an investment partner instead of a lender.

EAM Visit
While NSA Doval was re-engaging India’s immediate and traditional partners, EAM Jaishankar was expanding India’s engagement horizon in the broader context of the IOR. The significance of his visits to Bahrain, UAE, and Seychelles is visible not necessarily in the outcomes but more in the choice of the destinations.

The visits to Bahrain and UAE were aimed at ensuring continuity in regular bilateral engagement and deepening ties, including people-to-people contact, especially in light of the pandemic. In Seychelles, the two sides discussed the future of their strategic partnership in the post-COVID-19 era. The significance of this visit also lies in Seychelles’s centrality both in the context of India’s ‘Security and Growth for All in the Region’ framework in the IOR and New Delhi’s ‘Neighbourhood First’ Policy.

Jaishankar’s outreach in Seychelles was also aimed at reinforcing bilateral ties and reaching out to the newly elected government of its Indian origin President, Wavel Ramkalawan, who took charge in October 2020. For India, the importance of engaging the new dispensation is also in ensuring that Seychelles’ domestic politics do not impinge on bilateral and regional engagement. Since 1977 until Ramkalawan’s electoral victory, Seychelles had been governed by a single political party, albeit with occasional nomenclature changes. The objective of Jaishankar’s visit was to engage with Ramkalawan, a long-time leader of Seychelles’ opposition party, and also to ensure the revival of India’s strategic undertaking in Seychelles’ Assumption Island agreed upon by with previous dispensation in 2018, which had been stalled by the then opposition.

India’s outreach to the new government can be viewed as New Delhi’s act of reassurance, and an attempt to de-hyphenate domestic politics from bilateral and regional engagements. This is also because in this decade, India has experienced first-hand the effects of the toxic confluence between domestic electoral politics and strategic engagement, with Maldives and Sri Lanka being cases in point.

Reconstructing the IOR
As part of the Trilateral Maritime and Security Cooperation, India, Maldives, and Sri Lanka have agreed to establish a Regional Maritime Security Secretariat in Colombo, staffed by the Sri Lankan Ministry of Defence personnel, to coordinate all aspects of maritime security between the three countries. However, the inclusion of observers offers potential to increase the scope of India’s Indian Ocean outlook and encompass the IOR as a whole, with future expansion prospects for the regional grouping.

This begs the question: will the proposed secretariat in Colombo be the gateway for India’s IOR outreach, and a vehicle for institutional mechanism for future engagement—beyond President Rajapaksa’s stated position that Sri Lanka’s foreign and security policy is ‘India First’?

Independent analyst on national security and foreign policy. He can be contacted at [email protected]

India: The Economic Fallout of the COVID-19 Pandemic on Women
China and the Geopolitical Impact of COVID-19
Comment