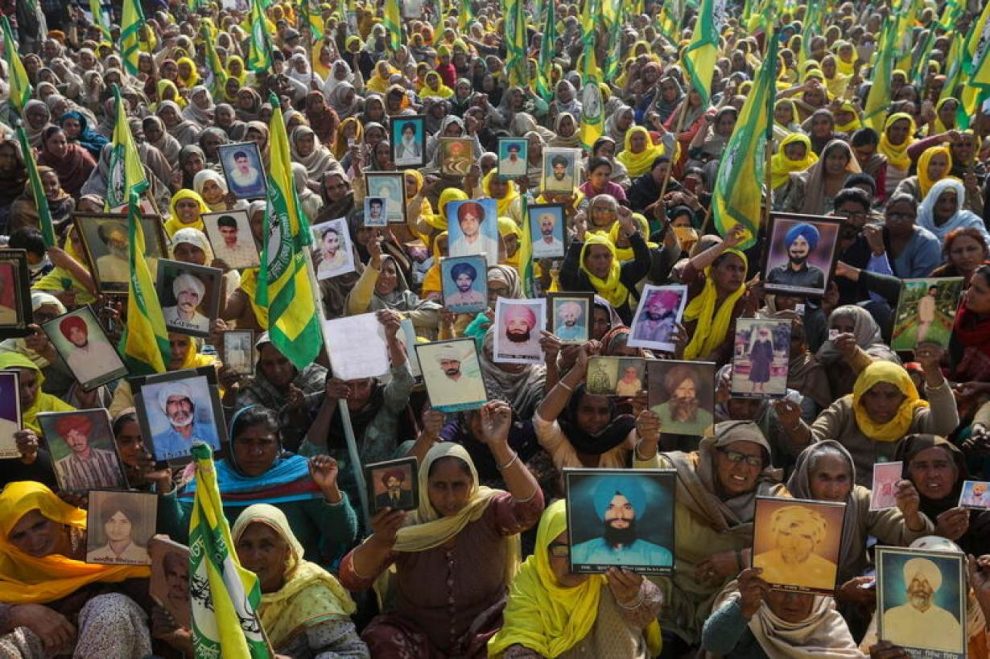 MUMBAI: Legions of women have trekked to India’s capital to join massive protests against agricultural reforms, hoping not only to protect their livelihoods but also win visibility as farmers.

About 75% of rural women in India who work full-time are farmers, Oxfam says, with numbers rising as men migrate to work in factories and construction sites. Yet farming is still widely seen as men’s work and only 13% of women own the land they till.

“Women are never counted as farmers … we are always counted as housewives, but not workers,” said Sunita Rani, 39, who owns a farm of less than an acre in northern Haryana state and joined the protests on New Delhi’s border a fortnight ago.

“More women work as farmers than men, but their work is not seen as equal. This is a major national protest and I joined it so people know that we are also farmers,” Sunita told the Thomson Reuters Foundation by phone.

India’s farmers have been protesting for nearly three weeks against deregulation of the agriculture sector that small growers fear will mean the end of price support for staples such as wheat and rice and leave them at the mercy of big business.

Globally, more than 400 million women farm, yet only about 15% of farmland is owned by women, according to Landesa, a global land rights organisation, with many women doing unpaid work on family farms or as casual labourers.

In order to support women farmers, the government has spent billions of rupees on an empowerment scheme and provides training on agricultural techniques and support to find markets.

But much remains to be achieved on the ground.

“We work from 7am to 5pm on the field, tilling the soil, cultivating, fencing fields but our contribution is not considered … not a single woman in my village has land ownership,” said 27-year-old Kavita Kumari.

Kumari was among hundreds of women farmers and farm workers who travelled for 15 hours in trucks from central Madhya Pradesh state to national highways bordering New Delhi where thousands are camping as entry to the city is barred.

“I have been a farmer since I was a child … I can ride a bike, and a tractor. People will see if we can come forward for protests, we can also do farming,” she said.

Women farmers have taken to the stage during the protests to oppose the new legislation.

“It matters to them to voice their thoughts and perspective on these laws,” said Kavitha Kuruganti, convener of Alliance for Sustainable and Holistic Agriculture, a coalition of farmer groups taking part in the protests.

“Yet tens of thousands remain invisible even now. It was not possible for men to participate (in the protests) if women were not doubling up back home and taking on the role of men who are here.”

Visibility at the protest site, however, might not help women win their identity battle, since the protests are not about their rights, some campaigners said.

“They have always cultivated the land but never been called cultivators. They even get paid less (as farmer labourers) for the work they do,” said Jai Singh, founder of Punjab-based charity Volunteers for Social Justice.

“The voices of women you hear at these protests are still very much from the margins. Change for them will need a different venue and a different protest.”