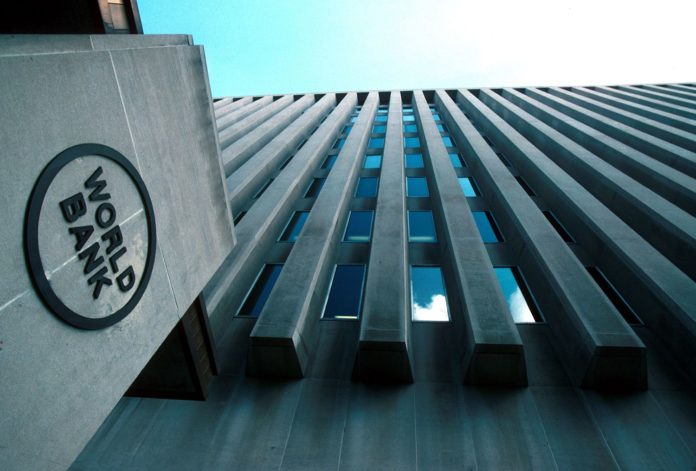 The World Bank on Thursday said that India’s GDP is expected to contract by 9.6 per cent this fiscal which is reflective of the national lockdown and the income shock experienced by households and firms due to the COVID-19 pandemic, noting that the country’s economic situation is “much worse” than ever seen before.

The Washington-based global lender, in its latest South Asia Economic Focus report ahead of the annual meeting of the World bank and International Monetary Fund, forecasts a sharper than expected economic slump across the region, with regional growth expected to contract by 7.7 per cent in 2020, after topping six per cent annually in the past five years.

“India’s GDP is expected to contract by 9.6 per cent in the fiscal year that started in March,” the World Bank said in the report released here.

Factoring in population growth, however, income-per-capita in the region will remain 6 per cent below 2019 estimates, indicating that the expected rebound will not offset the lasting economic damage caused by the pandemic, it said.

“The situation is much worse in India than we have ever seen before,” Hans Timmer, World Bank Chief Economist for South Asia told reporters during a conference call.

“It is an exceptional situation in India. A very dire outlook,” he said.

In the report, the World bank said that the spread of the coronavirus and containment measures have severely disrupted supply and demand conditions in India.

With the intent to contain the spread of COVID-19, Prime Minister Narendra Modi, with effect from March 25, announced a nationwide complete lockdown that brought as much as 70 per cent of economic activity, investment, exports and discretionary consumption to a standstill. Only essential goods and services such as agriculture, mining, utility services, some financial and IT services and public services were allowed to operate.

Dubbed as the world’s biggest lockdown, it shut a majority of the factories and businesses, suspended flights, stopped trains and restricted movement of vehicles and people.

According to the World Bank, monetary policy has been deployed aggressively and fiscal resources have been channeled to public health and social protection, but additional counter-cyclical measures will be needed, within a revised medium-term fiscal framework.

Despite measures to shield vulnerable households and firms, the trajectory of poverty reduction has slowed, if not reversed, it said.

“We have seen from the rapid survey that many people have lost their jobs,” Timmer said, adding that this is happening against a background when India’s economy was already slowing down before the pandemic.

“We had seen a rise in non-performing loans. Those are all vulnerabilities that India has to deal with,” he said.

Responding to a question, Timmer said what the Indian government has done with limited resources and limited fiscal space is very impressive.

“We have seen a loosening of monetary policy. You have seen attempts to increase credit to the private sector to help a company survive,” he said, adding that there have been big efforts in the health sector and expansion of a social safety net.

“But with every big crisis, I think, we have to realise that this will not go over anytime soon. And it will actually change the longer-term future also. What this reveals is really as good as federal policies, especially the policies related to the informal sector.

“There’s a big problem that the informal sector has no coverage in social insurance. What we see now is that especially the informal workers in the middle of the income distribution have lost their jobs. There are no systems in place to support those people,” Timmer said.

Responding to another question, Timmer said that as a result of COVID-19, the World Bank estimates that in one year, the number of people living below the poverty line has increased by 33 per cent.

In its report, the World Bank said that the response of the government of India to the COVID-19 outbreak was swift and comprehensive. A strict lockdown was implemented to contain the health emergency.

To mitigate its impact on the poorest, it was complemented by social protection measures; to ensure that businesses could maintain their operations, the Reserve Bank of India and the government also provided liquidity and other regulatory support, it said.

“Nonetheless, there was a massive contraction in output and poor and vulnerable households experienced significant social hardships – specifically urban migrants and workers in the informal economy,” the bank said.

This was on account of two mutually reinforcing dynamics: emerging weaknesses in non-bank financial companies (a major source of credit growth, making up for risk aversion from banks) and slowing private consumption growth, the bank added.