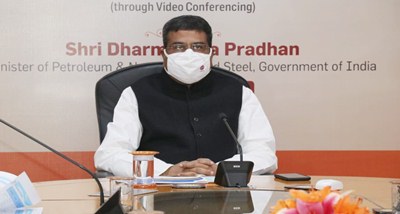 Inagurating 5 CNG stations through Video Conference, Mr Pradhan said that India is committed to achieve 15 per cent share of natural gas in the primary energy mix by 2030 for a more sustainable energy use. He said, this will help reduce environmental pollution, fulfil commitment to COPE-21 climate change commitments. The minister said that greater use of natural gas will reduce dependence on fossil fuel and consequently reduce import bill and import dependence.

The Minister said that with today’s inauguration, MNGL has a network of 100 CNG stations. He said, Government  plans to invest  10,000 crores rupees in the next three years in setting up 1,000 LNG Stations in Country.