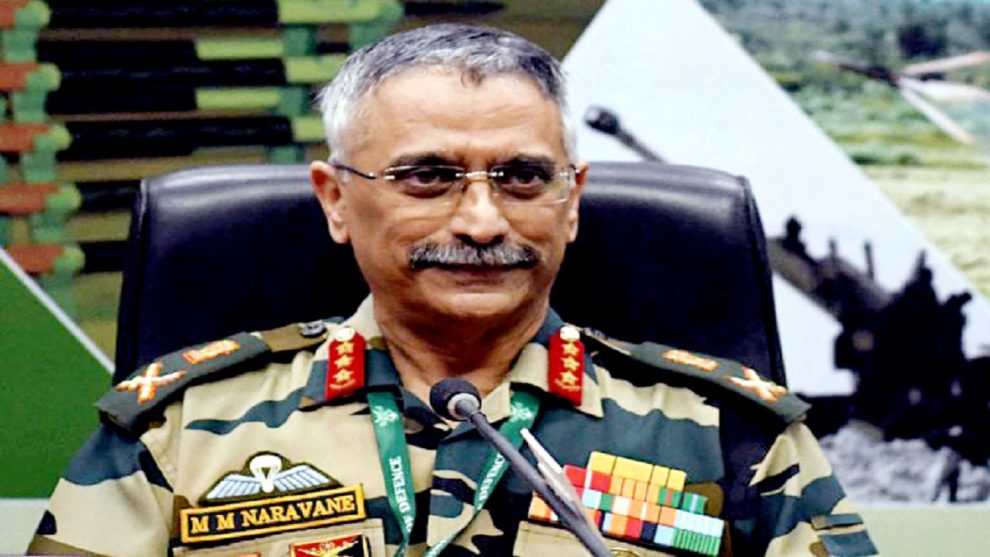 Army Chief General M.M. Naravane said on Friday that the country’s failure to keep its promises on connectivity and security to its neighbours, coupled with China’s rising footprints are major concerns for the region.

“The rising footprints of China in India’s neighbourhood and its attempts to unilaterally alter the status quo along the disputed borders have created an environment of confrontation and mutual distrust,” General Naravane said during an annual seminar of Assam Rifles and United Services Institution over the evolving security challenges in the Northeast and the way forward.

The Army chief said that regional and internal connectivity is acutely linked to security.

Talking about the Northeast and the prevailing situation in the region, Naravane said, “It is vital to unleash the potential of Northeast and balance the influence of China.”

He pointed out that with the failure to deliver on promises, delivery deficit has plagued India’s efforts to improve regional connectivity. The Kaladan Multi-modal Transport Project and the Trilateral Highway have both seen cost and time overruns, he pointed out.

Talking about China, Naravane stated that the security environment is characterised by Chinese belligerence in the Indo-Pacific, its hostility towards weaker nations and relentless drive to create regional dependencies through initiatives like the ‘Belt and Road Initiative’.

On Nepal, Naravane said the neighbouring country, which is India’s long-term partner and has witnessed heavy Chinese investment, is going through a period of political volatility.

“While Bhutan has been cautious in its approach, we have seen an upswing in our relations with Bangladesh,” he added.

This year, India is celebrating the Swarnim Vijay Varsh to commemorate its victory over Pakistan in the 1971 War for Liberation of Bangladesh.

The sight of the tri-service contingent from Bangladesh marching down Rajpath on Republic Day bodes well for India’s future relations, although growing radicalisation in the society remains a serious concern. The ongoing dynamics in these neighbouring countries directly impact the security environment in the Northeast.