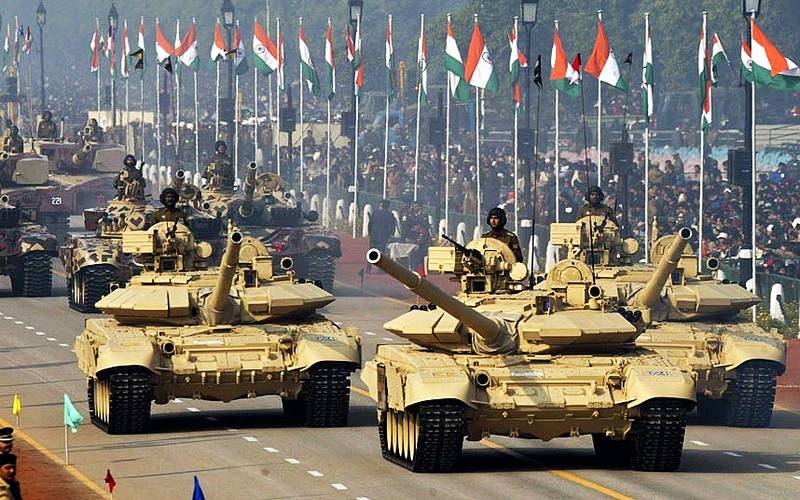 India’s defence exports during 2015-20 grew at a cumulative annual growth rate (CAGR) of 35 per cent — from around Rs 2,000 crore to Rs 9,000 crore. The Ministry of Defence (MoD) has set an ambitious defence exports target of Rs 35,000 crore by 2025. The country’s defence exports push is part of its effort to become part of the global defence value chain and one of the leading countries in the defence sector. India was ranked at the 23rd position as a global arms exporter by SIPRI in 2020.

The MoD has undertaken key institutional changes in recent years to facilitate exports. The creation of the Export Promotion Cell (EPC) in the Department of Defence Production (DDP) is one significant institutional step. Measures like the 2019 Defence Attache’s (DAs) scheme is another, as part of which financial support to undertaking outreach activities and market studies are provided to DAs. The DA scheme, in its initial avatar, divided 85 countries into three categories — A (23), B (17), and C (45), with the Category A countries being seen as having the highest potential for exports.

Private Indian firms can also make use of certificates issued by government testing and quality control agencies, as part of the 2018 Scheme for Promotion of Defence Exports, to improve the marketability of their products overseas. In 2019-20, ten such certificates, certifying that their products were ‘Fit for Indian Military use’, were awarded to four private firms (Bharat Forge; JCB; L&T Defence, Tata Motors).

Some of the significant export items by the defence public sector units (DPSU’s) include the export of an offshore patrol vessel (OPV) to Mauritius in 2014 by the Garden Reach Shipbuilders and Engineers Ltd (GRSE Ltd). This was the first export of a ship by an Indian shipyard. The Hindustan Aeronautics Limited (HAL) has exported helicopters to Nepal, Afghanistan, Mauritius, Seychelles, Namibia, Ecuador and Suriname, apart from structural work packages and avionics to major foreign original equipment manufacturers (OEMs) in Europe and the US.

The ordnance factories have supplied ammunition to the United Arab Emirates (UAE) while major exports by the Bharat Electronics Limited (BEL) have included Coastal Surveillance System for Maldives and Seychelles as well as Weapon Locating Radar for Armenia. BEL has also opened up marketing offices overseas, in six countries, and has proposed strategic alliances with global players like the Israel Aircraft Industries (IAI), for joint marketing of niche BEL products.

The Defence Research and Development Organisation (DRDO)-developed products like the Akash surface-to-air missile (SAM) are expected to achieve export success, with the government in December 2020 authorising the sale of such sophisticated systems. The government also created a special committee, comprised of the Raksha Mantri, the External Affairs Minister (EAM) and the National Security Advisor (NSA), to fast track approvals for such systems, going forward.

The need to leverage credit financing suitably to enhance defence exports is recognised by the government. As of December 2020, $930.48 million out of $4.3 billion of EXIM Bank Pipeline LoCs relate to procurement by other countries of indigenous defence equipment. These include landing ship tanks and training ships by Nigeria, interceptor boats by Comoros, and defence projects by Vietnam amounting to nearly $500 million, among others. Countries like Bangladesh, Sri Lanka, Mauritius, and Suriname have also used LoCs to source domestically manufactured defence equipment in the recent past.

In February 2015, in response to a question, the Minister of State (MoS) in the MoD told the Lok Sabha that there were no fixed targets for export of military stores to other countries. The export target of Rs 35,000 crore highlighted subsequently in MoD documents like the Draft Defence Production Policy, 2018 and the Draft Defence Production and Export Promotion Policy, 2020, is indeed noteworthy. However, during 2020-25, exports need to grow at a CAGR of over 40 per cent to reach Rs 35,000 cr. While the target for 2020-21 was Rs 15,000 crore, till Dec 2020, India’s defence exports stood at around Rs 5,700 crore.

The economic challenges due to the Covid pandemic faced by potential customers of Indian defence equipment are also expected to pose a challenge. The Philippines, for instance, in November 2020, cited issues with funding to conclude a deal for Brahmos. In March 2021, however, in a significant development, both countries signed an Implementing Agreement, paving the way for the procurement of defence equipment from India. This does indicate that the Southeast Asian country’s challenging security environment has trumped economic considerations in dictating its defence choices.

The MoD has established a robust relationship with industry associations to conduct numerous seminars and webinars to explore opportunities for the export of defence equipment. In the past year, it is noteworthy that such webinars have been held with more than 20 countries. Trade shows, like Defexpo 2020 and Aero India 2021 have gained in international prominence. Aero India 2021 was aptly titled, ‘The Runway to a Billion Opportunities’. More than 500 exhibitors participated in the trade show, despite limitations imposed by the pandemic, and the show witnessed over 200 MoUs and product launches.

India’s defence indigenisation push is expected to add value to the domestic defence industry, and help boost their exports profile. Not just incremental but significant changes in institutional structures and policy framework have been initiated to facilitate defence exports, signifying an unmistakable intent and resolve on the part of the government. The defence eco-system, made up of DPSUs, ordnance factories, private industry, DRDO, Start-Ups, and the academia, is indeed becoming more dynamic as it strives to achieve the tough defence exports targets.