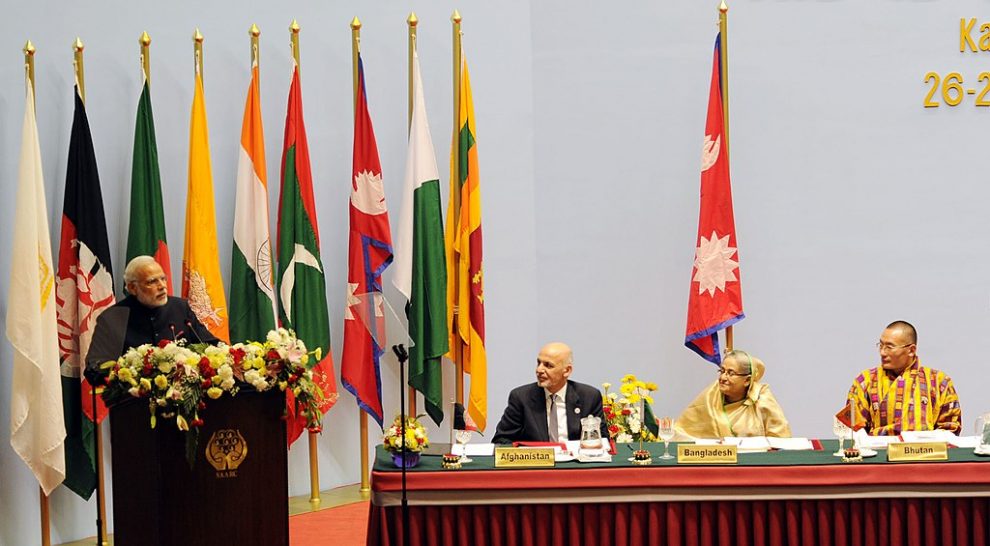 The South Asian Association for Regional Cooperation (SAARC) has been hostage to India–Pakistan tiffs. But it’s not true that there has been a lack of effort towards integration from everybody else. In 2014, India proposed a SAARC motor vehicles agreement at that organization’s annual summit. The deal ran underground very soon, thanks to opposition from Pakistan. But the following year, India, Nepal, Bhutan and Bangladesh got together to sign their own motor agreement to permit passenger and cargo vehicles in each other’s territory. In 2019, similarly, India and Nepal inaugurated a cross-border oil pipeline. That same year, Bhutanese cargo travelled to Bangladesh on an Indian river vessel for the first time. Meanwhile, India, Sri Lanka and the Maldives have been exploring their own trilateral maritime security arrangements in the Indian Ocean.

But the problem with all these arrangements is that they are sub-regional rather than region-wide. That has serious implications for diplomacy: It means that in the negotiations for any of these agreements, India is in the room with only two or three of its much smaller neighbours, rather than with all of them together. The inevitable consequence is that the negotiations seem imbalanced towards India.

Large powers always prefer sitting in a room with two or three other smaller countries, rather than being part of a big ten-nation multilateral negotiation. In the former type of situation, they inevitably have more sway. That is why in the South China Sea disputes, China has consistently proposed bilateral negotiations with each of its neighbours separately. Its rivals, by contrast, prefer a multilateral negotiation involving the whole ASEAN.

Kishore Mahbubani, the charismatic former Singaporean diplomat, once told me how these dynamics were on everybody’s mind when the ASEAN itself was being formed in the 1960s. In August 1967, the foreign ministers of Indonesia, Malaysia, Singapore, Thailand and the Philippines came together to sign the Bangkok Declaration, the founding document of the ASEAN. It was not a natural partnership—South East Asia was a minefield in the 1960s. In 1965, Singapore and Malaysia separated from each other, following deadly ethnic riots. Indonesia and Malaysia had been locked in their own confrontation for three long years—from 1963 to 1966. And then there were other complications regarding balance of power. Of the five countries that met that day in Bangkok, Indonesia was by far the largest—three times as populous, with four times as much land area as the next largest country, Thailand. So the Indonesian president, Sukarno, consciously decided not to play a domineering or proactive role in the effort; instead, he allowed the smaller countries to drive the agenda.

Today, the ASEAN has grown to include five more nations: Vietnam, Brunei, Myanmar, Laos and Cambodia. But Indonesia’s individual clout on the world stage has grown substantially over the years, and its economy is now more than twice as large as any other ASEAN member state’s (the second largest is still Thailand). Yet, nobody thinks of the ASEAN as an organization dominated or hegemonized by Indonesia. Most importantly, no ASEAN member state thinks that.

India’s problem is obviously much more complicated. If Indonesia is disproportionately large and powerful, India is so much more than that. Today, India’s economy is worth nine times the second largest economy in South Asia, Bangladesh. Its geographic position right in the middle of South Asia also means that the other states have limited interaction with each other and cannot easily drive the agenda of integration, even if India yielded them the floor. As one Indian diplomat at the UN asked me, ‘What pressing common interests do Bangladesh and the Maldives have with each other without India, that they would want to lead cooperation initiatives on their own?’

The onus to lead integration, therefore, is still on India. In the ideal world, India would find common interests that concern all South Asian nations—and would represent those interests on the world stage by using its relatively higher influence. In other words, South Asians should be convinced that India gives voice to resolving their own private concerns and that they can trust India to represent them globally. Common interest is how the ASEAN overcame deadly riots and deep mistrust in the 1960s: The ASEAN is today known for deep economic integration and trade between its members; but as Mahbubani pointed out to me, economics was not even on the agenda in 1967. Instead, it was the common threat of communism that brought those countries together in those days. India needs to find that headline common interest in its own neighbourhood.

The Dispatch is present across a number of social media platforms. Subscribe to our YouTube channel for exciting videos; join us on Facebook, Intagram and Twitter for quick updates and discussions. We are also available on the Telegram. Follow us on Pinterest for thousands of pictures and graphics. We care to respond to text messages on WhatsApp at 8082480136 [No calls accepted]. To contribute an article or pitch a story idea, write to us at [email protected] |Click to know more about The Dispatch, our standards and policies
TagsFlying Blind: India's Quest for Global Leadership India's Foreign Policy Mohamed Zeeshan Penguin India