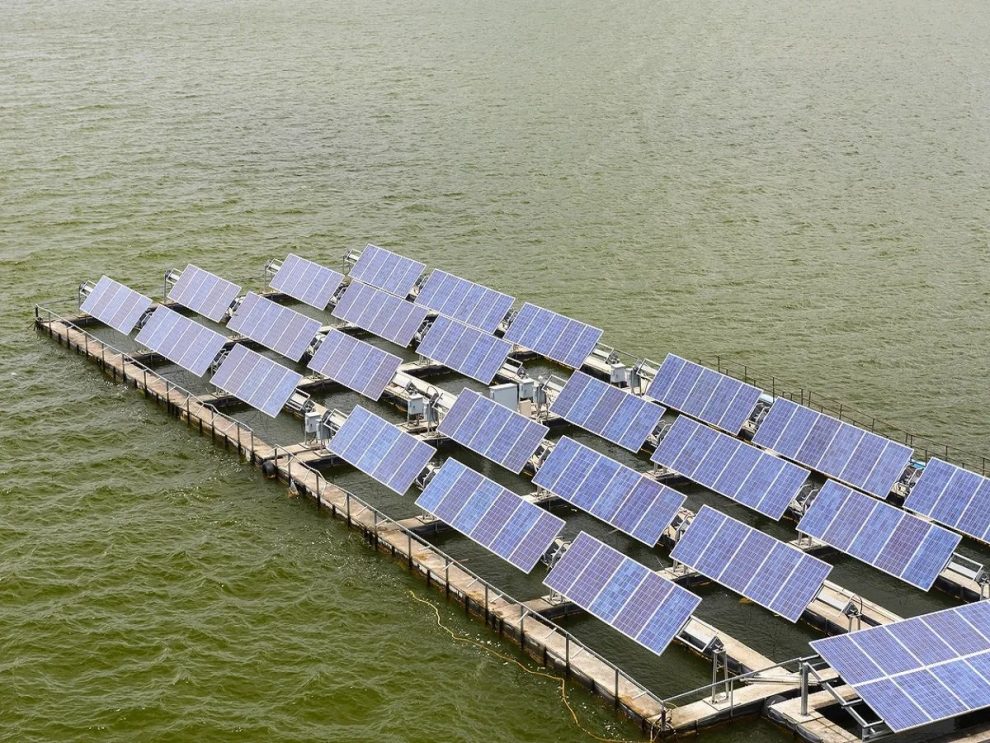 India’s biggest floating solar power plant with a capacity of 100 MW will be set up at Ramagundam in Telangana. The project expected to be opened in May, is being set up at Ramagundam thermal power plant reservoir. The solar project is commissioned by the National Thermal Power Corporation (NTPC). The project, which is estimated to cost around 423 crore rupees, will have 4.5 lakh photovoltaic panels.

The solar panels will cover 450-acre area of the reservoir and can be expanded in the future. NTPC’s efforts to set up floating solar power projects is aimed at reducing its carbon footprints and accelerate its green energy production to 30 per cent of its capacity.

The world’s largest solar power plant with 600 MW capacity is being set up on Omkareshwar Dam on Narmada river in Madhya Pradesh. The project costing 3,000 crore rupees is expected to start power generation only by 2022-23.