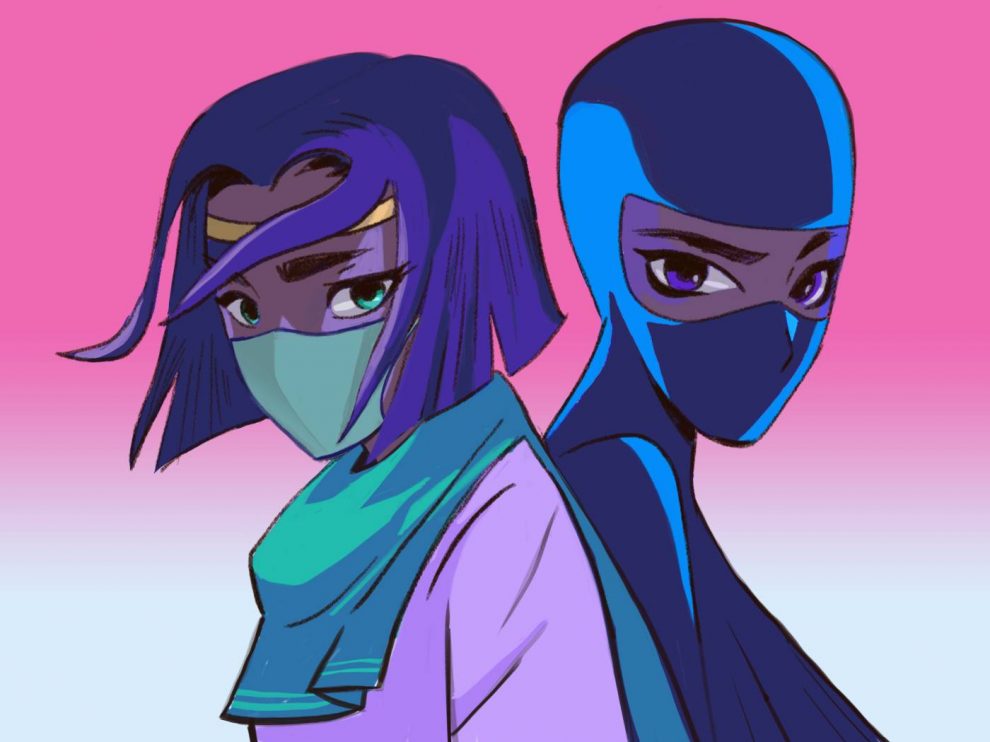 NEW DELHI: A popular Indian comic superhero who usually fights rapists and traffickers deploys her powers against a new enemy – coronavirus – in the latest digital book and film released on Wednesday.

Priya, a rape survivor who flies around on a tigress, has been spreading the message of gender equality by helping other women and girls get justice since 2014 in the “Priya’s Shakti” (Priya’s Strength) comics.

In “Priya’s Mask”, India’s first female superhero befriends a little girl, Meena, to show her the sacrifices made by health workers, like her mother, and to spread compassion and battle COVID-19 myths, such as young people not being at risk.

“There was a lot of misinformation being disseminated, mostly on WhatsApp and social media, within India about the pandemic,” said Ram Devineni, the series creator and filmmaker.

“There was victim blaming, blaming poor people, blaming various nationalities for the virus … Priya challenges that disinformation,” he told the Thomson Reuters Foundation from New York via a video call.

India has the world’s second-highest number of coronavirus infections, behind only the United States, with about 9.5 million cases and more than 138,000 deaths, according to a tally by the Johns Hopkins University.

In “Priya’s Mask”, the Indian superhero teams up with Jiya, star of Pakistan’s “Burka Avenger” cartoon, to help the villain when he catches COVID-19, underlining the “need for compassion and humanity in such times”, said script writer Shubhra Prakash.

The creators said they drew on their own isolation, fear and anxiety during the pandemic while developing the story.

Devineni’s elderly father, a pediatrician for nearly 50 years, had to shut his practice to shield himself and attend, via video, the funerals of two close friends who died from the coronavirus.

Monika Samtani, one of the producers based in Washington D.C., said she was constantly worried for her husband, a doctor, and her family, and that Priya’s “real superpowers” were to explore these feelings with honesty and courage.

“She’s a freaking badass. She’s female, she’s brown. And brown to me is really important because I live in the United States and that representation is also what drew me to this because it’s about time,” she said.

Initial talks are underway about Priya’s next adventures, which the creators said could tackle everything from mental health and body image issues to climate change.