The second avatar, Indian Naval Ship Ranjit was commissioned into the Indian Navy on 15 September 1983. INS Ranjit, the third of the five Kashin-class destroyers built by erstwhile USSR rendered yeoman service to the Indian Navy for over 36 years. She was constructed as Yard 2203 in the 61 Communards Shipyard in the town of Nikolev, Ukraine. The keel of the ship was laid on 29 June 1977 and she was launched on 16 June 1979. The ship was given its Russian name ‘Lovkly’, which means ‘Agile’. The ship was commissioned as INS Ranjit on 15 September 1983 with Captain Vishnu Bhagwat at the helm. The ship had the distinction of serving both the Western and Eastern seaboards of the nation. With the motto of ‘Sada Rane Jayate’ meaning ‘Ever Victorious in Battle’, INS Ranjit was at the forefront in keeping the nation secure. The ship took part in PASSEX with US Navy in 1991-92, which was a precursor to the Malabar series of exercises with the US Navy. She took part in the first INDRA (India-Russia) exercise with the Russian Navy in 2003. The ship also participated in the first ever SAREX with PLA Navy in November 2003. In addition, the ship participated in a number of operations including, IPKF operation and Op Talwar during Kargil conflict. In 2003, the ship was deployed off Mozambique to provide security cover to the African Union Summit. She was also actively deployed as part of Navy’s relief operations post-2004 Tsunami and cyclone Hud-hud in 2014. In recognition of her service to the nation, the ship was awarded Unit Citation in 2003-04 and 2009-10. On 06 May 2019, the glorious era of INS Ranjit being the front-line missile destroyer of the Indian Navy ended. 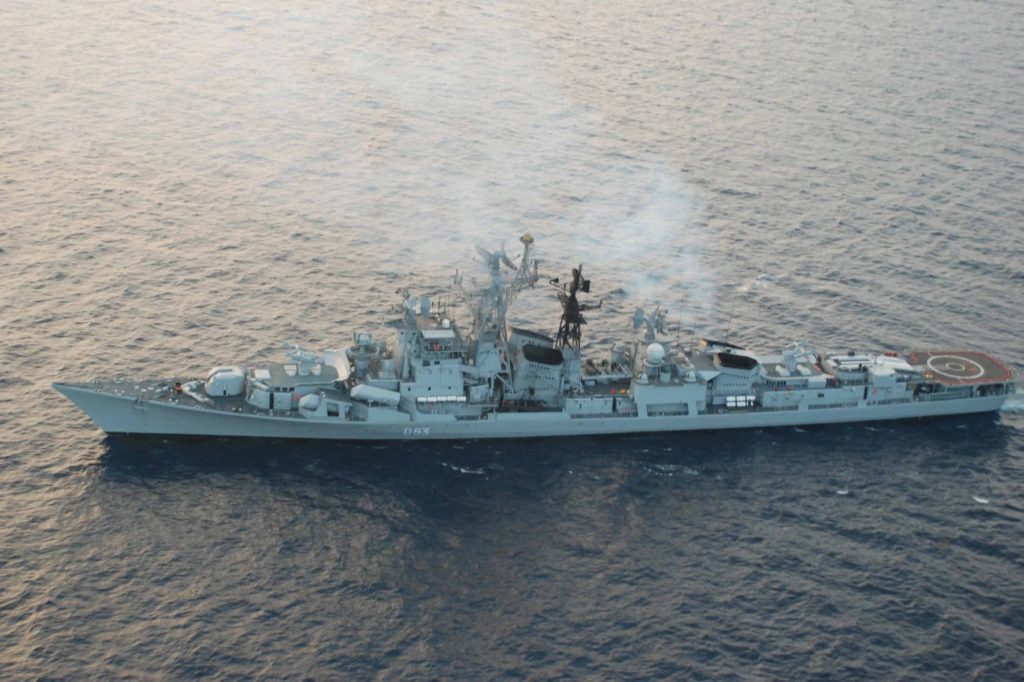