Indian Naval Ship Angre, a Base Depot Ship also known as Castle Barracks, was commissioned into the Indian Navy on 15 September 1951. The establishment traces its origin to HMIS Dalhousie which was commissioned in 1940, renamed INS Dalhousie in 1950 and later rechristened INS Angre. The base provides administrative and logistic support to all units located at Mumbai and adjoining areas. ‘Angre’ has been named after the famous Admiral Kanhoji Angre, who was the Maratha Naval Commander under Peshwas and organised the Maratha Navy as a powerful instrument of naval warfare. The crest design depicts mountains of the Western Ghats in Maharashtra in Green. On the mountain a Trident is planted, which is the symbolic weapon of Shiva, the god of life and death, who was honoured and worshiped at the time of resurgence of Maratha power under Shivaji. In the bottom half of the crest are Blue and White sea waves. The unit has proudly lived up to its motto ‘Service with Smile’ 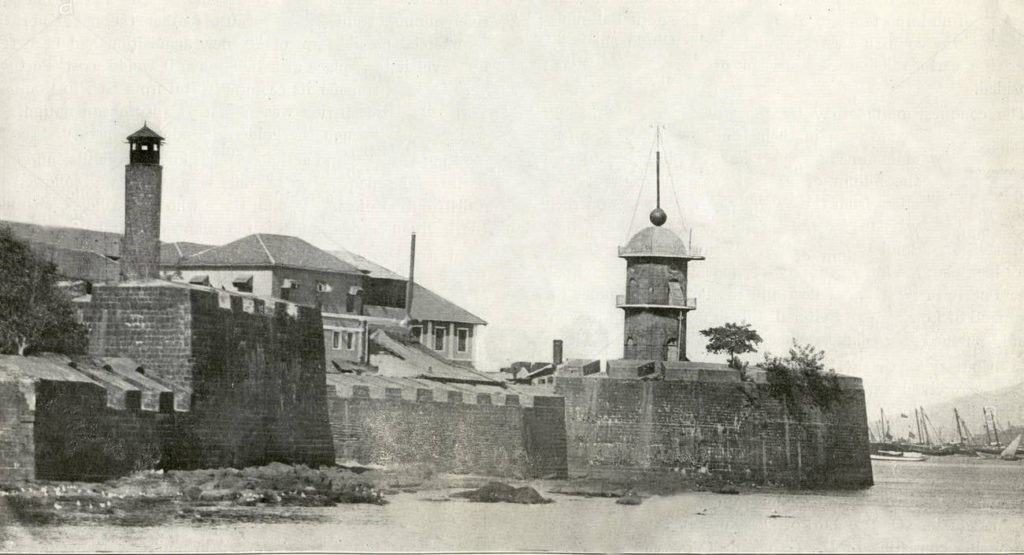