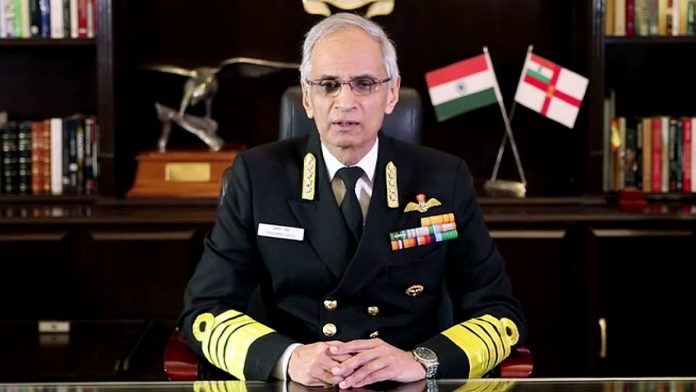 Indian Navy Chief Admiral Karambir Singh has said that the Navy has been supporting civilian authorities in several states to deal with the coronavirus cases. He said, all the Navy teams are putting their shoulder to the wheel to support the national effort.

In his message to Indian Navy personnel, Communities and Ex-servicemen, he said, this is the biggest humanitarian challenge to the country since independence. Admiral Singh said, COVID19 is also spreading in rural areas and the naval units should adopt villages and render assistance.

He said, Navy has marked one hundred eleven ICU beds for civil use and 450 bedded additional capacities have been created. He said, over 200 personnel are deployed in COVID hospitals. Navy Chief said, the country has tremendous faith in its Armed Forces, and it is our duty to live up to the expectations of the citizens. He said, the Navy has already launched a mega operation to bring liquid medical oxygen from several countries.

‘Black Fungal Infection’ treatment units with OTs to be opened in Bhopal, Jabalpur
India’s Covid toll crosses 2.5-lakh mark with 4,205 deaths, cases up by 3.48 lakh in a day
Comment