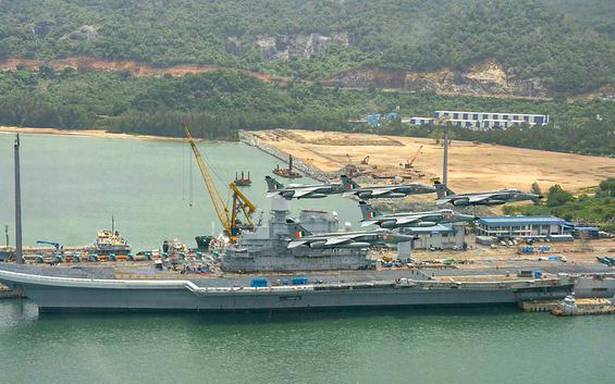 Indian Naval Ships and Indian Air Force Jets aircrafts are participating in a Passage Exercise with US Navy Carrier Strike Group Ronald Reagan for the second consecutive day today. The Indian Naval warships along with aircraft from Indian Navy and Indian Air Force are engaged in joint multi-domain operations with the Carrier Strike Group of US Navy comprising aircraft carrier Ronald Reagan.

Indian Naval Ships, Kochi and Teg, along with P8I and MiG 29K aircraft are participating in a Passage Exercise with the US Navy during its transit through Indian Ocean region. The two-day exercise aims to strengthen the bilateral relationship by boosting interoperability in maritime operations. The US Navy and Indian Navy will carry out cross deck helicopter operations and anti-submarine exercises.

The participating forces aim to promote peace, security and stability in the maritime domain. AIR correspondent reports, These drills in the Indian Ocean symbolise the shared values as partner navies, in ensuring commitment to an open, inclusive and a rule-based international order that Prime Minister Narendra Modi and other QUAD leaders referred to in the Quad Summit in March this year.