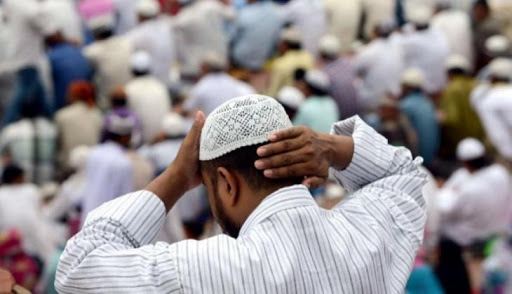 For their community’s benefit Muslim leaders will have to adopt a pragmatic approach and identify path-breaking alternatives for community’s progress.

The Indian Muslims, as a community, do not possess a common community psyche. They are divided in many factions and no faction is ready to tolerate the other. Community unity, in spite of factionalism is found in abundance in other minorities of the country like Sikhs and Parsis. We have to learn a lot from other minorities on how to develop a community psyche, so that each and every one considers them to be part of a larger whole, and the guiding spirit should be collectivism instead of individualism, every Muslim should be seen as contributing both physically and financially, for enhancing the community’s and lives of our brethren.

All the above is easier said than done, and the big question remains, who is going to deliver it and how? The answer lies in our religious leaders. It is a fact that a vast percentage of the Muslims, still listens to and acts upon the messages conveyed to them by our clergy. But most of the time the messages conveyed are not relevant in any manner to the development and progress of the community in the light of the Islamic teachings, but on mundane issues. Instead our clerics will have to work to contextualise the message of the Holy Quran and Ahaadith to the present era, only then they’ll be effective and remembered. For this purpose the speech before the Juma Khutba can be a very important tool.

The Muslim clergy should first try to modernise it. It would be good if it could start on a path of critical and scientific thinking or Ijtihad, on issues of importance to the community. Instead of harping back to old and irrelevant texts, it would be better if it could consider each and every issue in a pragmatic fresh perspective based on the correct interpretation of the Holy Quran and Ahaadith. As the Holy Quran is a dynamic not a static book, it offers new solutions as per the new assimilation and analytic prowess gained by its followers with every passing day.

We also bemoan the issue of lack of funding for establishing new educational institutes. Here we forget that if the Indian Muslims decide to contribute every paisa of the interest accrued in their bank accounts and the yearly Zakat to a single entity, then the fate of the community could be changed completely in the next 5 years. This sum could be utilised to establish and rejuvenate the educational institutes, orphanages, taking care of the needy and providing for medical facilities for the community and everyone else.

In addition we also have to present a modern image of the community to other faiths and countrymen. We sound hollow when we decry the increasing tide of Islamophobia in the country and elsewhere in the world. But how do we tackle the issue? In this age of information technology, many battles are being fought and won using social media tools. The latest example in this regard is the surge in Islamophobic messages on the social media and response of the Muslim nations. Due to the overwhelming response of the Muslim countries, many social media platforms had to issue guidelines on how to manage the Islamophobic content, besides immediate remorse shown and forgiveness sought by people who engaged in posting Islamophobic content on various social media websites.

Muslims and the media

It would be better if the community should equip itself to counter the fake and biased news, first. A strong rebuttal and countering mechanism would serve the community well, as the cost for this would not be too high.

The first step towards this could be to build a monitoring team, which could keep track of all anti-Muslim news, to be fed to a team of fact checkers, who with strong research and messaging capabilities should be able to counter any anti-Muslim narrative promptly and professionally.

A central team of Media Monitors based in Delhi should keep track of state monitors and should be equipped to work out quick and coherent responses to every issue, charge or misrepresentation on various social media platforms such as Twitter, Facebook, Instagram and WhatsApp.

Next, a group of community spokesmen should be trained in the language of the states to which they belong. They should be coached in language nuances, debating skills and how to engage in a coherent and conclusive dialogue with their competitors, viz. every aspect of conducting a successful verbal communication process.

All this seems achievable and commendable, but the biggest requisite for this to succeed would be the coming together of different leaders representing various sects, outfits and schools within the Muslim community at one platform. We should have a panel of academics, researchers, ideologues, businessmen and entrepreneurs, activists and ground level workers, who should be seen as the real face of the community.

Moreover, it would be better if the Muslim community instead of turning the current concerns into an existential one, introspects and find the areas and issues, which beleaguers it and where it has floundered, besides trying to be seen as part of the county’s mainstream. Follow it with judicious and committed planning and strategising, so that these determinants could be overcome and after the next 25 years, when we’ll be celebrating the century of our independence, we can proudly say that the community has fulfilled the aspirations of its followers and countrymen, both.

What we need is a clear-cut plan and a will to innovate and implement those programmes, which will take the community out of its slumber and apathy and take it on the path of progress. Until and unless the Muslim community as a whole decides to change its psyche and reform itself, no body can help the community survive the present onslaught.