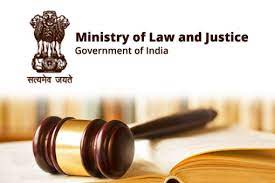 Srinagar, Mar 25: In Rajya Sabha, the Ministry of Law and Justice informed that after the reorganisation of the erstwhile state of Jammu and Kashmir the Indian Evidence Act, 1872 was made applicable in the UT of Ladakh and J&K.

The information was shared in Rajya Sabha in response to the questions that include the IE Act 1872 details and whether India has been defined as the territory of India excluding the UT of J&K.

In a written reply filed to the Rajya Sabha Minister for Law and Justice, Ravi Shankar Prasad as per news agency, said that the Indian Evidence Act, 1872 defines the whole of India and has been made applicable in the Union Territory of Jammu and Kashmir and Ladakh.

The minister said that the Indian Evidence Act, 1872 extends to the whole of India.

The reply said that subsequently, on March 18th,2020, the Jammu and Kashmir Reorganisation (Adaptation of Central Laws) Order, 2020 was published.

Prasad to a question maintained that India has not been defined as territory of India excluding the Union territory of Jammu and Kashmir. (KNO)