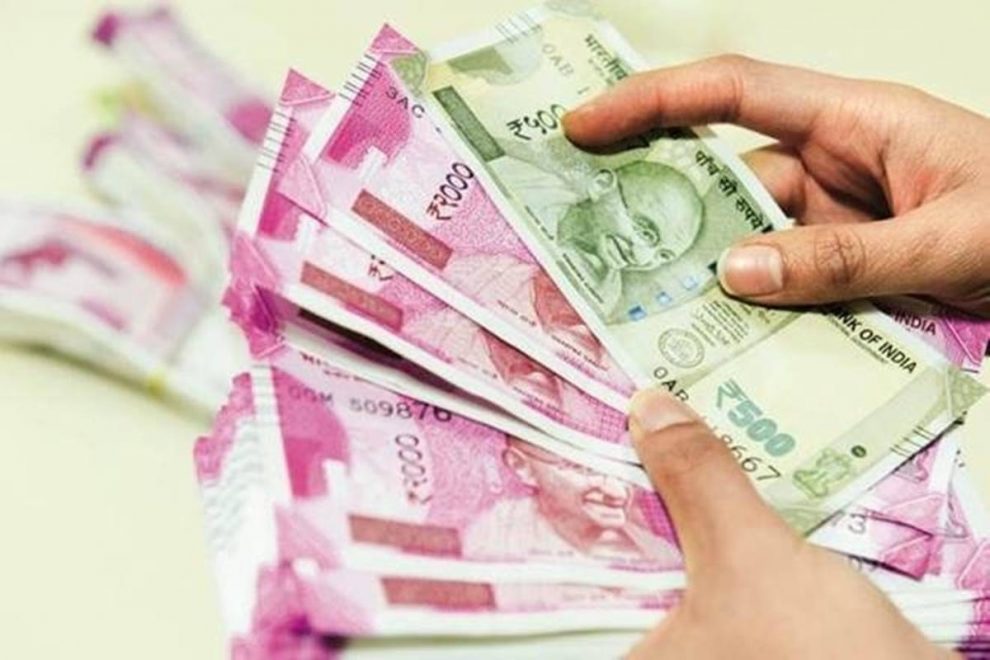 Dhurjati Mukherjee
Add Comment
Moreover, labour shortage, pandemic-related closures, rising energy and commodity prices and a scarcity of some key materials are all holding back growth and adding to cost pressures. Inflation has increased significantly in this recovery phase and there are indications that inflationary pressures are proving stronger and more persistent than expected.

There is much talk of reforms and the economy standing on sound footing. Experts believe that the next fiscal could see both investments and consumption drive growth with exports providing a helping hand. But the main problem is that of resource crunch of the government, both at the Centre and States, and overcoming this to continue development programmes and infrastructure related work remains a big question.

Moreover, labour shortage, pandemic-related closures, rising energy and commodity prices and a scarcity of some key materials are all holding back growth and adding to cost pressures. Inflation has increased significantly in this recovery phase and there are indications that inflationary pressures are proving stronger and more persistent than expected.

Meanwhile, the Indian economy faces headwinds from global developments and Omicron and inflation continued to remain a concern buffeted by the build-up of cost pressures. These are part of the Financial Stability Report (FSR) released by the Reserve Bank of India on December 29. The RBI pointed out that the government’s fiscal deficit target of 6.8 percent for the current fiscal is likely to come under strain following the second supplementary demand for grants (Rs 3.7 lakh crore) presented in December 2021. While the economy expanded beyond the pre-pandemic level, the virus is adding to inequality. “The pace of the recovery remains uneven across sectors, inflation formation is being subjected to repetitive supply shocks and the outlook is overcast with global risks. Omicron haunts near-term prospects”, the RBI observed.

However, it is gratifying to note that private consumption, the biggest GDP component, rose by over 8.6 percent in the second quarter of the fiscal but is yet to cross pre-Covid levels. If the economy recovery continues, private consumption is expected to rebound too. Though Omicron cases are rising, experts rightly believe the effect would not be as damaging as the past and the economy many not be affected much.

In spite of the imposition of GST, resource mobilisation has not been up to expected levels. This has put the Centre in a precarious position. One may mention here two developments in the education sector. While the Major Research Project (MRP) of higher education regulator, UGC has been lying dormant allegedly due to lack of funds from the Centre, other listed closed programmes include Emeritus Fellowship, Dr S. Radhakrishnan, Post-Doctoral Fellowship in Humanities & Social Sciences, Post-Doctoral Fellowship to Women Candidates and Post- Doctoral Fellowship to SC/ST Candidates. The National Fellowship for Scheduled Caste students is also shown to have been discontinued in 2018-19. It may also be mentioned that in 2019, the UGC launched a Scheme for Trans-Disciplinary Research for India’s Developing Economy (STRIDE) to promote innovative solutions for regional, national and global problems but no further progress has been made since.

The other is the grim fact that almost 55 lakh post matric scholarships for SC students are held up across States, including poll bound ones, even as the academic session winds up to a close. Poll bound Uttar Pradesh managed to disburse scholarship amount to just Rs 1.3 lakh students by December-end against an identified 13 lakh student beneficiaries, as per latest Central government data. Punjab has not disbursed a single scholarship to the 2.24 lakh SC students waiting for it and this includes States such as Karnataka, Maharashtra and Kerala.

The problem has another dimension which pertains to investments and lack of technology upgradation to make manufacturing in the country reach global standards. Private investment and innovation as also attracting foreign is lagging in a big way. Notably, India’s total investments are about 30 percent of GDP, which amounted to Rs 60 trillion in 2020-21. The corporate sector accounted for only half of these investments, lower than in most other country. To push investment higher, which appears not quite plausible, it would rather be impossible to make a case for national investment recovery unless corporate and households sectors show strong signs of improved financials.

However, the silver lining is a recent report of a proposal by the Centre that US electronics giant Apple generates annual production output worth $50 billion in India over the next 5-6 years and expands its locally made product kitty beyond iPhones to include MacBooks, iPads, air pods and watches. Foxconn and Wistron are already manufacturing for Apple in India at a top rate though the volumes are negligible when compared to what they manufacture in China. Whether this will finally materialise remains to be seen as the possibility of corporate investments picking up looks far-fetched.

A section of experts believe that the recently announced production linked incentives (PLIs) may help in export promotion or import substitution but may not boost investments in the country. Thus, the only option before the government is disinvestment of profitable public sector units, which again is opposed by most economists as the Indian private sector is interested in them just to reap easy profits, not to modernise and diversify through innovation and technology upgradation.

As the preparations for the Budget in the next fiscal have already begun, it is necessary that allocations may be made keeping in view the emerging problems of unemployment and underemployment, resource constraints, health and education infrastructure development etc. It may be prudent for the government to announce a minimum wage for labour in the Budget. All schemes have to be geared for boosting incomes of the EWS and helping groups such as marginal and small farmers, migrant labourers, tiny units employing two or three employees. Additionally, focus needs to be put on labour intensive industries in rural areas, more funds for rural job scheme and starting a similar urban job scheme.

As mentioned, garnering resources remains a big concern and challenge for the government. The policy thrust should be to increase jobs and income so as to enable the savings rate of private households, particularly given that fiscal deficit will take time to reduce. Thus, there is need for taxing the super-rich, more so because sooner or later the State must seriously consider implementation of a universal rights– to employment and to education.  and these rights would need to be financed largely by taxes levied upon it.