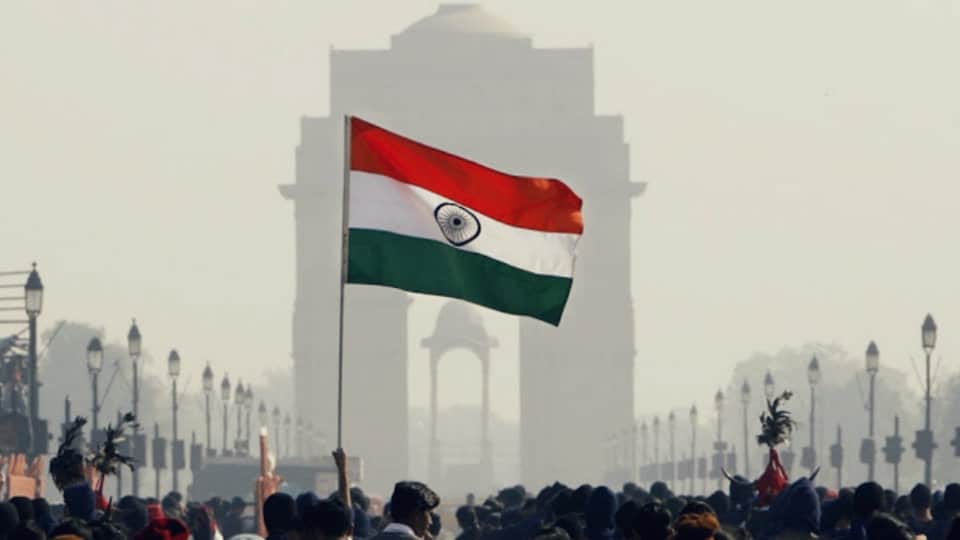 The highest court of the land, Supreme Court’s, recent observations on sedition law and throttling of dissent puts a big question mark on India’s claim to being a vibrant democracy. Dissent, which is the cornerstone of governance and democracy, has come under sharp focus with umpteen cases being registered against civil society activists, academicians, journalists, human rights’ crusaders etc, thereby stifling the freedom of speech, expression and liberty.

In recent months, the Supreme Court has been heard saying it was time to define sedition. Last week, CJI  N V Ramana said: “Sedition provision Section 124A of the IPC is a colonial era which was used to silence dissent or protest against British and was used against Mahatma Gandhi and Bal Gangadhar Tilak. Does the government want to retain it after 75 years of independence. ”The situation on the ground is of concern, as it stated ‘if a State government does not find the voice of opposition palatable, it slaps section 124A to implicate those groups of persons who raise their voice against government’.

The observations send across a firm message that the law has passed its time and that the apex court is prima facie convinced the law is being misused by authorities to trample upon citizens’ fundamental rights of free speech and liberty. The court has in related mattersmade it clear that it is sensitive to public demand to judicially review the manner in which law enforcement authorities are using the sedition law to control free speech and send journalists, activists and dissenters to jail, and keep them there. “Criticising the government can’t be termed sedition”, it had noted.

While a democracy is theoretically governance of the people, for the people and by the people, in reality it is governance representing the majority of these very people. As is generally agreed, democracies work best when situations — environmental, economic, social and political — are favourable. These are less systematic in times of adversity, when this very plurality and dissent end themselves to chaos, perhaps even anarchy, which is the case prevailing in the country.

This is manifest in the recent custodial death of Father Stan Swamy, who devoted his life working on the demand for jal (water), jangal (forest) and zameen (land) for the tribals of Jharkhand.  It is pertinent to quote social activist, Nikhil Dey, who observed: “The government is using the UAPA indiscriminately to crush dissent and any kind of opposition. Such misuse of the law is in a way threat to the law itself. Whenever it (UAPA) would be used, including genuine cases, it would be seen with suspicion”. Further, in this context, National Crime Records Bureau shows that as of 2019, over 95 per cent of cases under the UAPA are pending before variouscourts in India. The question arising is not such a draconian law against the very basics of democratic functioning?

Unfortunately, the Opposition is not having a level-playing field in discharging its duties to critically evaluate, highlighting limitations and risks, explicit or otherwise, in the policies proposed by the government. The party in power has been found to have long-term, deleterious effects on the functioning of democracy, undermining the open-mindedness and the continuous exploration of truth that are central to liberalism. The method, therefore, is far from critical than the moral consistency in upholding liberalism and the principles of democracy. Circumstances in the country are making it difficult for the Opposition to discharge its duties, to examine policies in detail and from different angles, thereby throttling the functioning of a democracy.

To liberals, the entire democratic structure seems to be on the verge of collapse. Institutions are being remotely controlled and while the judiciary is to great extent, playing its due role in promoting the interests of the people, its functioning is compromised with judges posts lying vacant denying cases to be settled expeditiously so that justice reaches the people on time. The government must remember the famous adage, justice delayed is justice denied.

‘Autocracy’ and centralisation of power, say activists are embedded in the present day political system and talks of a vibrant democracy have no real meaning today. Education, which is also paramount to democracy, to have a well-informed public, lags far behind even. It comes as no surprise that though India is the world’s biggest democracy, 50 per cent or even more of its population is uneducated though may be literate.

Theorising about democracy, it may be stated that in an ideal democratic order the role of the government has to be minimal and its legitimacy based on consent, trust and pluralism should prevail. But the government is centralised usurping all powers while the individual is threatened by the tyranny of the majority. Not being properly educated, he is somewhat ignorant about the political process and unaware of his rights.

Even decades back, in adopting political and economic plans, centralisation was all along evident. Within the three-tier panchayats there was clamouring for being neglected and not consulted in formulating development at the grass-root levels while States wanted more power in deciding their development needs.

In recent times, the concept of religious nationalism through propagation of Hindutva philosophy by the ruling party has gained currency in the country. This strategy has immensely helped the BJP as people with low education are not just deeply religious but also superstitious. There is also an unhealthy trend to inculcate majoritarian values and indirectly play a divisive role with other religious communities. This obviously hampers the spirit of a democratic polity.

Though achieving a liberal democratic set-up appears jarred at this stage, experts believe for an ideal, non-violent society such a system is imperative. However, it must be stated that not every democracy is liberal and not every liberal society is fully democratic. Many democracies are liberal in economic matters and illiberal when it comes to social issues. Even the late Jawaharlal Nehru cannot be said to be an ideal liberal democrat.

The future of democracy is also rather bleak globally as many nations are witnessing nationalist or right-wing governments. They are moving towards individual-centred than party-based centres of power. In India this is evident where Prime Minister Modi is being seen as all-powerful, having the final say in all matters and the BJP or even the RSS is subservient to him. The vision of decentralisation of political and economic power appears now to be a big challenge.

Peoples’ wishes and demands in the march towards development are not being given due weightage. The people are no longer the centre of planning but the erroneous notions of political leaders aided by an elitist bureaucracy is holding sway. As a result, the welfare of the poor and economically weaker sections gets short changed in development planning, which is contrary to an inclusive and vibrant democracy. It makes a mockery of democracy by following the capitalist model of development. Added to this, is the social factor wherein the importance given to caste and class chisel democracy further.

With the Supreme Court taking up cases of sedition and questioning authorities for clamping down on dissent, should the people have hope that the erosion of democracy and its core values will be restored? Optimism is better than being pessimistic.