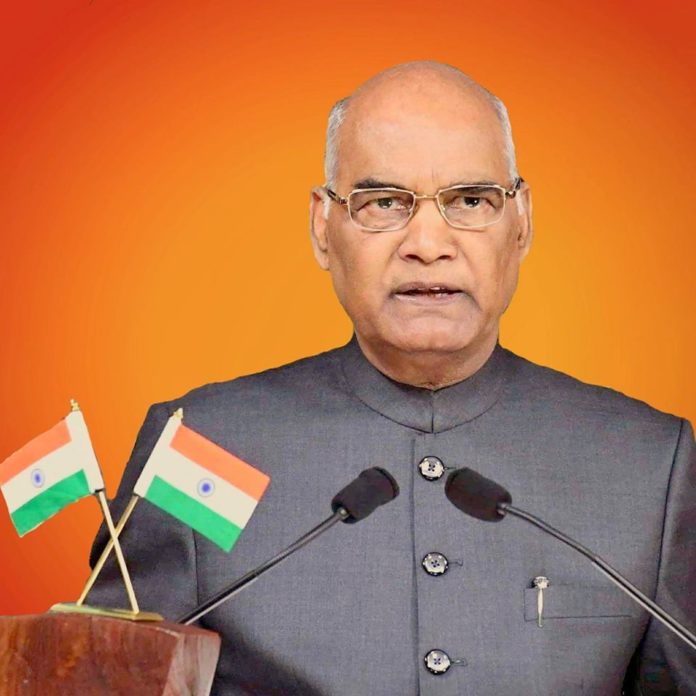 President Ram Nath Kovind on Tuesday said that the Constitution of India lies at the foundation of the world’s largest democracy, underlining that it is the supreme law in the country’s democratic framework.
“It was in 2015, the 125th birth anniversary year of Dr Bhimrao Ambedkar that the Govt of India decided to celebrate Nov 26, as ‘Constitution Day’ every year. This is a commendable initiative to reiterate our gratitude to the chief architect of our Constitution,” the President said while addressing a joint sitting of Parliament on the occasion of Constitution Day. “The ‘Constitution of India’ lies at the foundation of the world’s largest democracy. This is the supreme law in the country’s democratic framework and it continuously guides us in our endeavours,” he added.
The President also underlined that 78 women were elected to the 17th Lok Sabha and termed it as a glorious achievement for India’s democracy.
“The election of 78 women members to 17th Lok Sabha, being the highest number of women members ever elected to this house, is a glorious achievement for our democracy,” Kovind said.
“Today, all the members of the Standing Committee of Parliament on Empowerment of Women are women. This signifies an important social and political change reflective of a bright future,” he said.
Meanwhile, Opposition parties staged a protest outside the Parliament as the joint sitting of both the Houses was underway in the Central Hall.
Congress interim president Sonia Gandhi and party leaders including Rahul Gandhi, Ghulam Nabi Azad, AK Antony among others boycotted the joint session and protested outside the Parliament premises in front of the Ambedkar Statue against the “murder of democracy”.
They had previously boycotted Prime Minister Narendra Modi’s speech at the joint session as well.