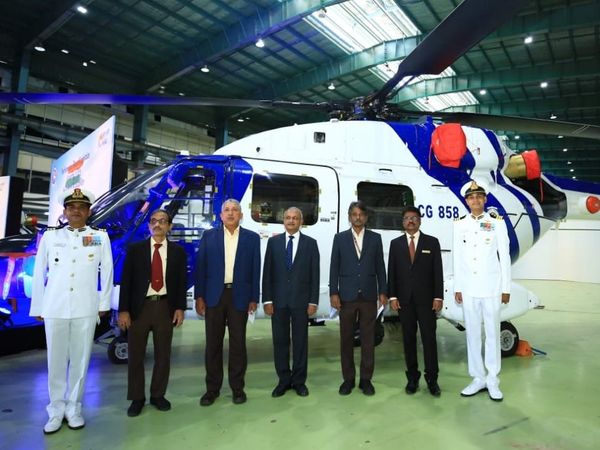 In a major boost to the ALH MK-III indigenous Coast Guard programme, three Advanced Light helicopters (ALHs) manufactured by HAL were inducted into the stables of the Indian Coast Guard by Defence Secretary Dr Ajay Kumar on Monday.

The helicopters will assist in search and rescue operations, and further enhance coastal security.

The Central government-run Hindustan Aeronautics Limited (HAL) – which has designed and developed the ALH MK-III – will supply 16 of these helicopters to the ICG by mid-2022, according to the Ministry of Defence (MoD).

Earlier in June, the ICG had inducted the first three helicopters and with these, a total of 6 ALH MK-III have been received by the coast guards so far.

“On induction, (all) the 16 ALH MK-III will be positioned at four ICG squadrons at Bhubaneshwar, Porbandar, Kochi and Chennai,” the MoD had earlier stated in a statement.

It had further stated that the shared maritime boundaries with littoral states are highly susceptible to illegal activities and the regions are prone to frequent cyclones.

These ALH MK-III squadrons with embarked operations will ensure seamless surveillance and provide assistance to fishermen in distress at sea, it added.

Helicopter MRO Division is the nodal agency for execution of PBL contract along with Engine Division and other Sister Divisions of HAL.