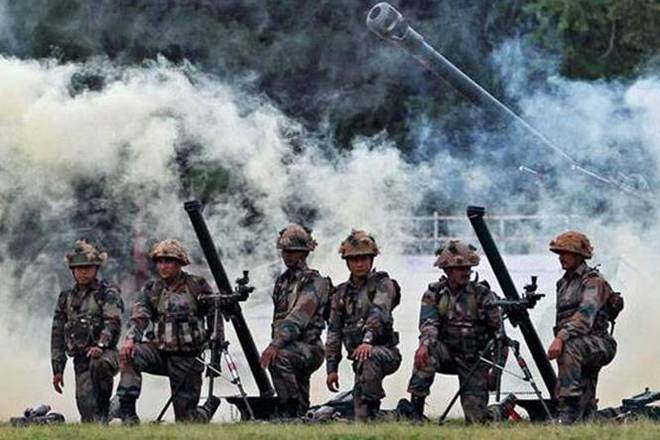 Indian Army responded to Pakistani ceasefire violations last night by responding with artillery and mortar fire in which damage was inflicted upon Pakistan Army positions. Army sources told that one Indian Army Subedar lost his life in Pakistani firing.

The ceasefire violations took place along the Line of Control in the Uri sector last night. Pakistan Army has admitted that two of its soldiers were killed in the Dewa sector in Pakistan occupied Kashmir (PoK).

Army chief General Bipin Rawat had recently stated that situation on Line of Control can deteriorate and the Indian Army is always ready for the escalatory matrix. Earlier this month, Centre had informed Rajya Sabha that there have been 950 incidents of ceasefire violations along the Line of Control (LoC) in Jammu and Kashmir region from August to October.

“There have been 950 incidents of Ceasefire Violations along Line of Control in Jammu and Kashmir region during the last three months (August to October, 2019),” Naik had said in a written reply to a question in the Rajya Sabha. The Union Minister had said that the appropriate retaliation was carried out by the Indian Army.

In the reply, he had also said that the violations of ceasefire and infiltration were taken up with Pakistan authorities at the appropriate level through the established mechanism of hotlines, flag meetings, Directorate General of Military Operations talks as well as diplomatic channels between the two countries.