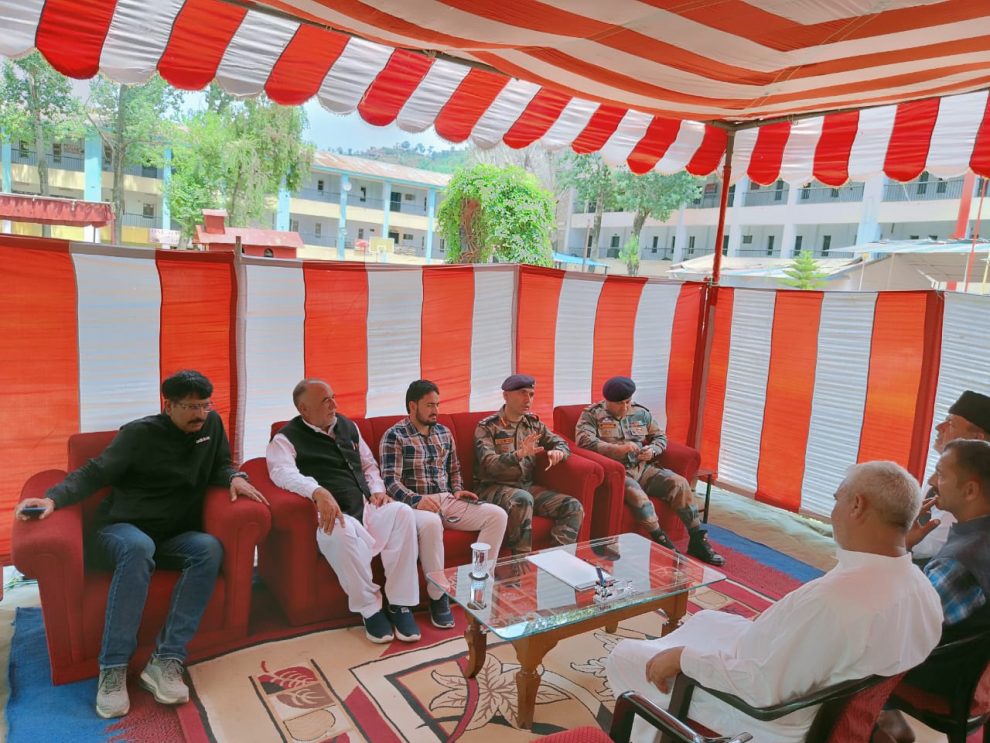 JAMMU: An Ex Servicemen meet was organised by Indian Army Mendhar Gunners under the Aegis of Ace of Spades Gunners at Mendhar
Mr Jahangir Mir Sub Divisional Magistrate Mendhar , SHO Mendhar Manzoor Kohli , Ex Servicemen District Chairman Mr Shafaq Choudhary and Mohd Haneef the newly elected Chairman of Mankote block along with various other veterans attended the meet.
Commanding Officer of Mendhar Gunners congratulated the new Ex Servicemen team and enquired about the problems faced by veterans and Veer Naris in the meet.
The interaction provided an opportunity to understand the problems faced by the veterans, Veer Naris and reassuring them that the organization will continue to look after their welfare.
An outreach program to provide medical assistance and resolve grievances of Veer Naris was also organized by Ace of Spades Gunners from 23-26 May 2022.
All dignitaries present during the meet thanked Mendhar Gunners for organizing such meets which are important to maintain link between Veterans and Army.