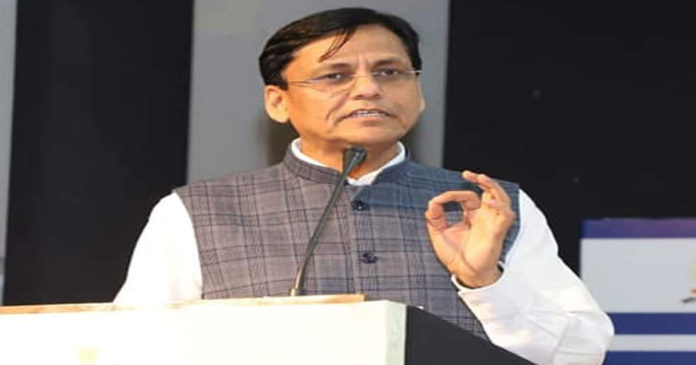 Minister of State for Home Affairs, Nityanand Rai  paid homage to the sacrifice of soldiers on 21st Anniversary of Kargil Vijay Diwas.

Addressing the Ex-Armymen cell of Bihar BJP, MoS Home Nityanand Rai paid tributes to brave soldiers who made supreme sacrifice in Kargil. “The Indian Army itself means the strength, sacrifice and bravery of the world. I remember the manner in which Atal Bihari Vajpayee gave inspiration to the Army and the way Army fought the Kargil war and won. That is the inspiration for every countrymen. The Kargil war was fought in difficult circumstances,” he said.

“When Pakistan’s soldiers came and sat on the top of the mountain, then, Indian Army showed its courage. We taught a lesson to Pakistan that is called Kargil victory,” MoS Home further stated. Minister for State Home affairs emphasised on self- reliant India and mentioned that Prime Minister Narendra Modi talked about self-reliance in the defence sector for the eradication of terrorism and stopping expansionism.

Rai also hit out at the opposition, especially on the Congress party for raising questions on Rafael deal and said that the fighter jet will increase Indian military’s capability.