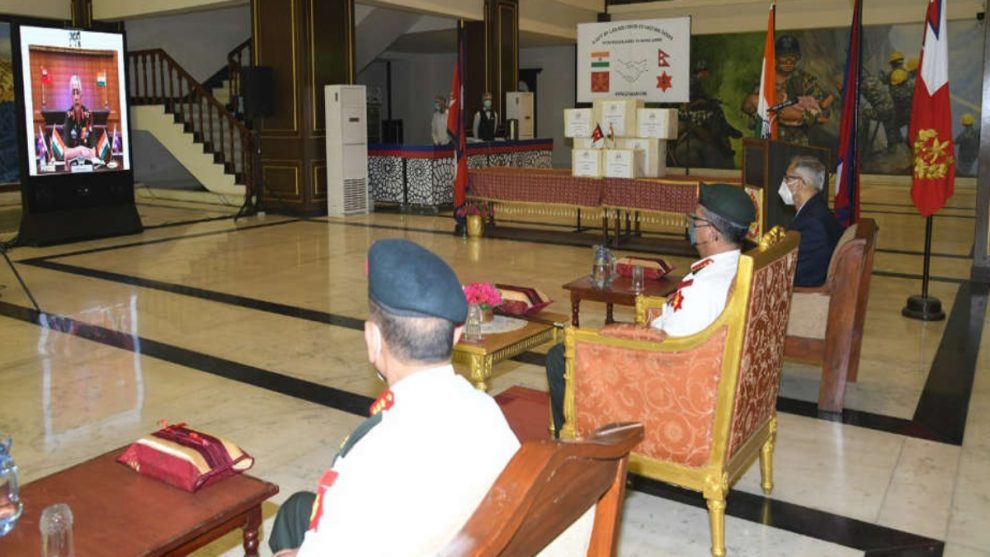 After the initial gift of one million Covid-19 vaccines to Nepal in January this year under the ‘Vaccine Maitri’ initiative, now the Indian Army has gifted 1,00,000 doses of Covishield vaccine to the Nepali Army. It is another unparalleled example of the special relations between India and Nepal and once again demonstrated the Government of India’s consideration towards its closest northern neighbour. As yet another instance of putting its neighbourhood first, General M.M. Naravane, Chief of Army Staff Indian Army presented the vaccines to his counterpart General Purna Chandra Thapa, Chief of Army Staff Nepali Army through video-conferencing at a ceremony held at the Nepali Army headquarters in Tundikhel. The vaccines arrived at the Tribhuvan International Airport by an Air India flight from Serum Institute India, Pune this afternoon and were handed over to the Nepali Army by the Indian Ambassador Mr VM Kwatra. It is noteworthy that General MM Naravane is also the Honorary General of the Nepali Army and he was conferred the honorary rank during his visit to Nepal in November 2020.