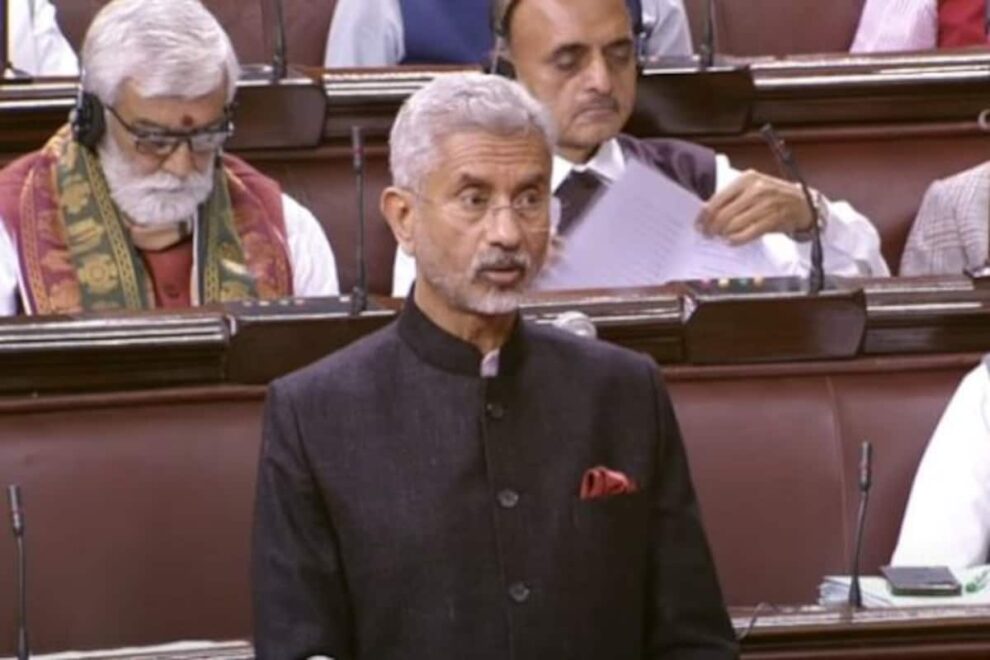 Jaishankar further warned that if China continues to build forces in the border area, it will have serious impact and concerns on the relationship of both countries.

“Diplomatically, we’re clear with Chinese we won’t tolerate attempts to unilaterally change LAC. If they continue to do that and build up forces which constitute serious concerns in border area then our relationship isn’t normal and that abnormality is evident in last few years,” the External Affairs Minister said during his address to Rajya Sabha.

Earlier when Jaishankar met the outgoing Chinese envoy to India Sun Weidong in October, emphasized that peace and tranquillity in the border areas are essential to maintaining bilateral ties.

“Emphasized that the development of India-China relations is guided by the 3 Mutuals. Peace and tranquillity in the border areas are essential,” Jaishankar tweeted after meeting ambassador Sun.

“The normalization of India-China relations is in the interest of both countries, of Asia and the world at large,” he said in another tweet.

Sun, who assumed office in July 2019, is leaving at a time when the two sides are trying to manage ties, following the 2020 border clash that has remained the dominant issue between the neighbours.

In his farewell remarks on Tuesday, the Chinese envoy stressed the need to resolve differences between India and China and uphold the principle of non-interference in each other’s internal affairs.

India and China have had several rounds of diplomatic and military level meetings since 2020 on the situation along the Line of Actual Control (LAC), in the India-China border areas. India has repeatedly emphasised that India-China relations cannot be normal unless the border situation is stable and added that if China disturbs the peace and tranquillity in border areas, it will impact the relations further.

Furthermore, Jaishankar also highlighted the situation in Sri Lanka and said that India has always extended support to the entirety of Sri Lanka which also includes the Tamil community, Sinhalese community and people from all other communities.