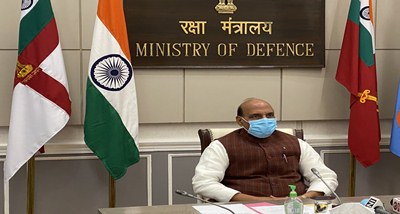 He said, being soft does not mean that anyone can attack our pride and we sit and watch silently. Mr Singh said, national security has been a number one priority of the Narendra Modi government and it is providing maximum facilities to the defence forces. The Minister said, India want to maintain peaceful relations with all nations.

110 new cases of COVID-19 per million population reported in the country in the last one week: Health Ministry
PM Modi emphasises on the importance of connectivity and infrastructure development for Atmanirbhar Bharat
Comment