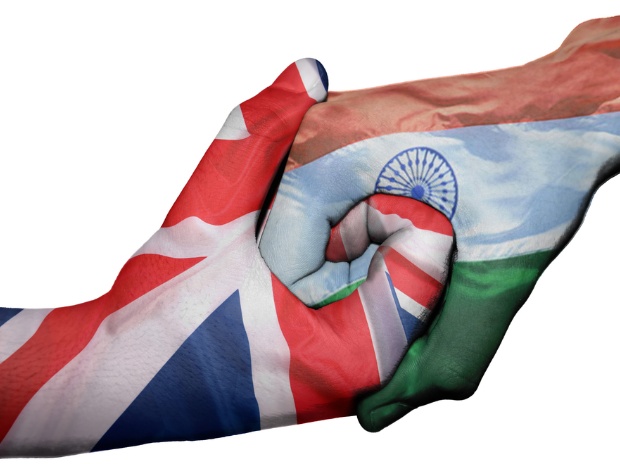 The United Kingdom Prime Minister Boris Johnson will be the Chief Guest on the Republic Day next month. His presence on the occasion signifies the deepening of partnership between India and UK in a post-Brexit and a post-pandemic world. Johnson will be the second British Prime Minister to attend the Republic Day parade after former Prime Minister John Major in 1993. This would be the British PM’s first bilateral visit taking office. India attaches great importance in terms of protocol and recognition of relationship when it invites a foreign head of government on this particular day.

In the run-up to Johnson being the chief guest there have been attempts at scoping the partnership between the two countries. Prime Minister Modi after the virtual meeting with his British counterpart on 26 November said, “We agreed to work towards a quantum leap in our cooperation in all areas – trade and investment, defence and security, climate change and fighting Covid”. Adding a personal touch, which is the new diplomatic style of our Prime Minister Modi said, “I met my friend Boris Johnson, had fruitful talks on issues of mutual interest and invited him to be the chief guest on the Republic Day”.

On his part, Johnson said, “I am absolutely delighted to be visiting India next year and look forward to delivering the quantum leap in our bilateral relationship that Prime Minister Modi and I have pledged to achieve. As a key player in the Indo-Pacific region, India is an increasingly indispensible partner for the UK as we work to boost jobs and growth, confront shared threats to our security and protect our planet”. Note the emphasis on India-Pacific.

Arguably, the Indo-Pacific tilt in UK foreign policy will view India as a crucial strategic partner. The UK will most likely align with India in its outlook towards China. Like other western powers, London is also wary of Chinese expansionism and aggressive foreign economic policy. A significant decision taken by UK in this regard is the deployment of HMS Queen Elizabeth career group in the Indo-Pacific region.  This is, in part, response to increasing Chinese dominance in the area.

India and UK is about to sign a joint military logistic agreement like New Delhi has done with Australia, Japan and the US. This would mean sharing of services including fuel and facilities, more joint frequent exercises and smoother port calls. This marks another radical departure in India’s foreign policy as New Delhi has been reluctant to have former alliances especially with western powers. On the part of UK, it no longer seems beholden to China or Pakistan despite the latter’s a big influential diaspora.

Let us recall that India has been ‘jewel in the British crown’ during the colonial times. After decolonisation, India was debating whether to be a part of Commonwealth consisting of British colonies. After quite a bit of reflection, New Delhi, quite correctly, under the Cambridge-educated Indian Prime Minister Jawaharlal Nehru decided to stay in the Commonwealth. The argument was that Commonwealth will open up the window for New Delhi to the world. Britain gradually declined in its influence, resulting in the dilution of the Commonwealth.  At the same time, Britain joined the European Union in 1973 after vetoed by the French President, Charles De Gaulle.

The wheel of time has moved a full circle. Britain has withdrawn from the EU. From 1st of January, 2021, Britain will no longer be its member. The process of withdrawal has been divisive, complex and controversial. It is another matter that Britain was never in the inner circle of the EU, rather reluctant and dissenting member. For the EU, exit of Britain is good riddance. For Britain, it has always looked beyond EU and at its Trans Atlantic partner the US. Now, London is seeking to reinforce the Commonwealth. This is where India figures in its priorities in a big way.

A study conducted by the British Council in 2015, concluded that India is going to be a powerful country in the coming years. It advised the British government to pay special attention to India as a growing power. India was the fourth largest economy in terms of purchasing power. The working population in India will be larger than that of US and China combined by 2050. Also, massive growth of India’s English-speaking middle classes offers a window of opportunity for Britain. The study predicted that, “India will soon be one of the biggest influences on the world.”

From Britain, India could benefit in education, research and contribution to the creative sector. However, strong bilateral relationship depends upon foundation of mutual knowledge understanding and trust. The cultural awareness and affinity support the economic and diplomatic ties. Sadly, the study suggested that, there is no adequate understanding of India amongst the youth in the UK. A MORI poll found that 74% of young Indians knew about UK whereas only 21% of the young Britons knew about India. On the other hand, the interest of Indian students in UK declined by 49%.

The suggestion from the British Council pointed towards creation of a UK-India young leaders/next generation forum for young people between the age of 15 and 35, who will potentially be leaders of 2050. This will strengthen cultural and educational collaboration between the two countries to improve mutual understanding and underpinning of economic and strategic engagement benefitting both the countries in terms of influences, security and prosperity.

Despite deep historical links in politics, education, institution building and even trade and economics, the relations between New Delhi and London have not been very strong. The colonial hangover caused by complex British legacies burdens the relationship. Yet, because of the linkages mentioned above, the relationship is natural and is indispensable. The challenge is to deepen it to the advantage of both the countries.

The problems are basically two. On India’s part, New Delhi is reluctant to plunge into a relationship mainly with western countries. Take for instance, the free trade agreement. Britain has been apparently keen on it to offset the damage from its exit from the EU. But New Delhi is reluctant to sign a free trade agreement. The British Foreign Secretary Dominic Raab in a preparatory meeting with his counterpart S. Jaishankar was forthright in declaring that a trade agreement with India is a top priority. In their meeting on 15 December both countries agreed on a ten-year 360 degree road map for upgrading the India-UK partnership, mainly in trade. Raab said, “I think this could unlock huge opportunities for British and Indian businesses, lowering barriers in areas like food and drink, health care and life sciences, IT, chemicals and financial services. I think there are some exciting possibilities”. To conclude India-UK partnership hinges on four factors. One, India must shed its inhibition in forging partnership with western powers, a diplomatic legacy from the days of Nehru. Second, both UK and India should be watching US-China strategic competition. Third, both countries should measure and cope with the impact of the pandemic. Fourth, Britain should assess and adjust the negative consequences of breaking away from the EU. While we hold our horses on India-UK partnership, it is desirable and mutually beneficial for the partnership to grow. One hopes that leadership in India and UK are conscious of this need as the people are.