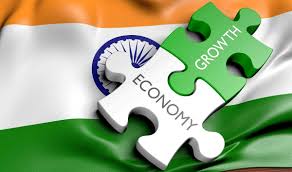 In an annual report, the Centre for Economics and Business Research said, the UK appears to have overtaken India again during 2020 as a result of the weakness of the rupee.

The Research organisation forecasts that the Indian economy will expand by 9 percent in 2021, and another 7 percent in 2022. The report says, Growth will naturally slow as India becomes more economically developed, with the annual GDP growth expected to sink to 5.8 percent in 2035. However it said, this growth trajectory will see India become the world’s third largest economy by 2030, overtaking the UK in 2025, Germany in 2027 and Japan in 2030.