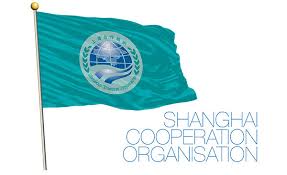 In a statement, External Affairs Ministry said, it will be the first time that a Summit-level Meeting will be held under India’s Chairmanship, since it gained full membership of the organization in 2017.

This Summit is held annually at the level of Prime Ministers of SCO and deals primarily with the trade and economic agenda of the organization. India assumed the Chairmanship of the SCO Council of Heads of Government on 2nd November last year as per rotation from the previous Chair – Uzbekistan and will complete its year-long tenure on 30th of this month.

India considers the Shanghai Cooperation Organization as an important regional organization to promote cooperation in the areas of peace, security, trade, economy and culture. India is committed to widening cooperation with SCO by playing a proactive, positive and constructive role in the organization. By Chairing the 19th meeting of the SCO Council of Heads of Government, India hopes to further strengthen greater trade, economic and cultural cooperation within SCO by putting human beings at the center of SCO activities and to foster greater peace and prosperity in the region.

initiatives will not only be helpful for SCO Member States in overcoming the economic challenges posed by the COVID-19 pandemic, but will also signal its continued commitment to strengthening the organization.

Prime Ministers from the SCO Member States of Russia, China, Kazakhstan, Kyrgyzstan, Tajikistan and Uzbekistan will attend the SCO meeting. Pakistan will be represented by the Parliamentary Secretary for Foreign Affairs.

Apart from the SCO Member States, the four Observer States of SCO will also participate- including the President of Afghanistan, the First Vice President of Iran, the Prime Minister of Belarus and the Deputy Prime Minister of Mongolia. Turkmenistan has been invited as a Special Guest of the Host and will be represented by the Deputy Chairman of the Cabinet of Ministers.

Ahead of the meet, SCO Secretary General Vladimir Norov spoke to Prasar Bharati Special Correspondent in Beijing, Anshuman Mishra on the expectations from it and challenges lying ahead, in an Exclusive interview.
Vladimir Norov said that the heads of delegations will exchange views on deepening cooperation in the trade, economic and investment spheres, in the context of overcoming the negative consequences of the COVID-19 pandemic. He informed that the countries will review the activities of the SCO Business Council and Interbank Association.

SCO Secretary General made special mention of PM Modi’s proposal at this year’s SCO Summit of creating a working group in the field of traditional medicine. At the Summit, PM Modi also proposed to create a special working group on innovation and start-up that could share India’s rich experience in the field of start-up eco-system. Under India’s chairmanship, the first ever SCO Start-up forum was also launched this year.

He also noted the first ever SCO Digital exhibition dedicated to the common Buddhist heritage, which will open in New Delhi today, coinciding Heads of Government meeting will boost the people to people linkages in our region.

Home Minister Amit Shah says, govt. is ready to discuss all issues with farmers
India continues to have one of lowest deaths per million population globally: Govt
Comment