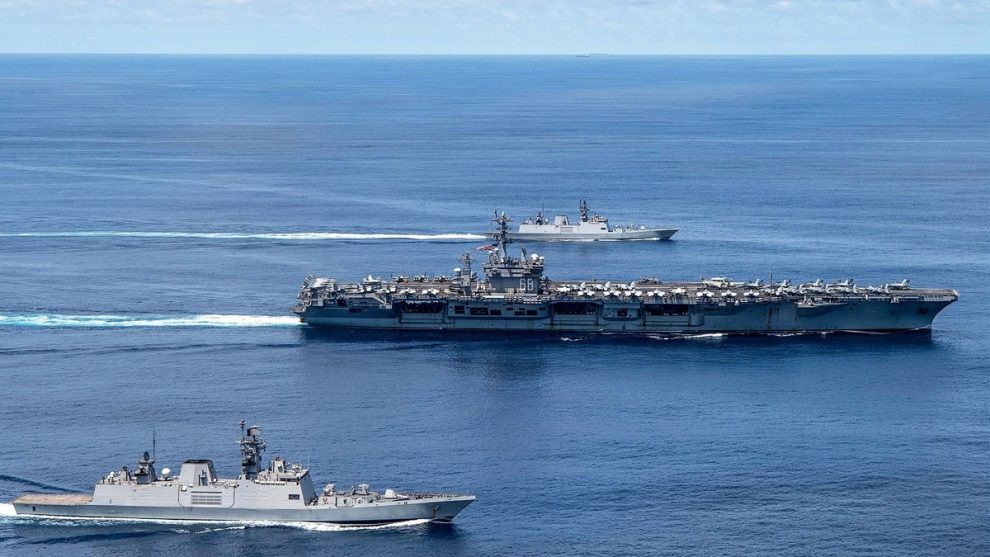 : India will now finally have an apex federal body to handle all
maritime affairs, from the coastline to the high seas, and ensure cohesive
policy-making and effective coordination among the multiple authorities
dealing with such issues in the country.
“The organizational structure of a National Maritime Commission (NMC)
has been worked out after inter-ministerial consultations. It is in the final
stages now, requiring only the nod of the Cabinet Committee on Security
(CCS). By the middle of this year, the NMC will become a reality,” says
chief of defence staff General Bipin Rawat.
The exact contours of the NMC, which will “integrate” all the users
operating along the coast as well as on the high seas, are not yet in the public domain. But sources say it’s likely to be headed
by a “national maritime security coordinator” to usher in synergy among different stakeholders, ranging from central ministries
and departments (home, shipping, fisheries etc) and state governments to the Navy, Coast Guard, customs, intelligence
agencies and port authorities.
India needs a “full-time framework” to handle the “vast and critical” maritime domain, which has too many players who often
work at cross-purposes with diffuse responsibilities, said sources.
The necessity for such an apex body has been stressed in the past also. But it could never take concrete shape due to turf
wars, among other things. After the deadly 26/11 Mumbai terror attacks in 2008, for instance, a maritime security advisory board
(MSAB), with a maritime security advisor as its chief, figured on the CCS agenda.

The 2001 Group of Ministers’ report on reforming the national security system, after the 1999 Kargil conflict, had also
underlined the need for “an apex body for management of maritime affairs for institutionalized linkages among the Navy, Coast
Guard and ministries of central and state governments”.
India, after all, has a long 7,516-km coastline including island territories and a two million sq km Exclusive Economic Zone. After
the 26/11 strikes, the national committee on strengthening maritime and coastal security against threats from the sea
(NCSMCS), with the cabinet secretary as its chairman, was set up in August 2009.
But the NCSMCS meets only occasionally to coordinate among the 13 coastal states/UTs and other maritime stakeholders as
well as review the progress of various coastal and maritime security measures.
While several measures have been taken since 26/11, from a coastal radar network to state marine police stations, a lot still
needs to be done to make maritime security relatively impregnable.
Since 2018, the Navy also has the Information Fusion Centre-Indian Ocean Region (IFC-IOR) at Gurugram, which takes feeds
and inputs from multiple sources ranging from coastal radars to satellites. It then fuses, correlates and analyses them to assess
threats in the maritime domain. Last year, it monitored as many as 1998 incidents pertaining to various maritime security
challenges.
But a national maritime domain awareness (NMDA) project, basically an integrated intelligence grid to detect and tackle threats
emanating from the sea in real-time, for instance, is yet to take concrete shape