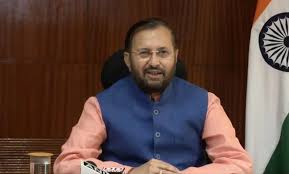 Environment, Forest & Climate Change Minister Prakash Javadekar has said that India has taken several measures to cut the carbon emission by focusing on renewable energy and increasing the green cover.

He said, the country has performed tremendously well on all parameters.

Addressing the India CEO forum of Climate Change in New Delhi today, he said, India has set the ambitious target to achieve the production of 450 gigawatt of renewable energy by the year 2030.

Mr. Javadekar said, the country has also announced the Nationally Determined Contribution under the Paris Agreement to reduce the carbon emission.

He said, India’s per capita carbon emission is very low and historically the country has contributed very less in comparison to the developed nations.

The Minister said, climate change is important matter and coordinated effort by all the countries are needed to tackle this problem.

He said, India is walking the talk and world leader should also walk the talk and be compliant of the Paris Climate Agreement.

He urged the developed countries to provide climate friendly technology at an affordable cost to fight effectively with climate change.

On this occasion, Mr. Javadekar released the declaration of the private sector on Climate Change.

Mr. Javadekar also appreciated the India’s efforts in tackling the Covid-19 pandemic saying that country will show the way to the world in dealing with pandemic.

He mentioned that India’s economic activity is returning to normalency and several economic parameters are improving day by day.