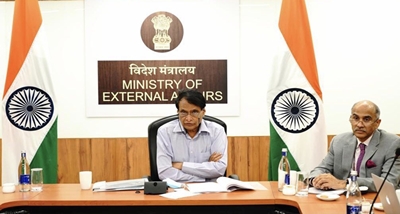 The second meeting of the Sherpas of G7 and guest countries was held yesterday. India’s G7 Sherpa Suresh Prabhu attended the meeting.

External Affairs Ministry spokesperson Arindam Bagchi said the priority issues under UK’s G7 Presidency agenda were discussed, including preparations for the COP26 Summit and global health cooperation. Mr Bagchi also said that India has been invited as a guest country of the G7 by the UK this year, along with Australia, South Korea and South Africa.