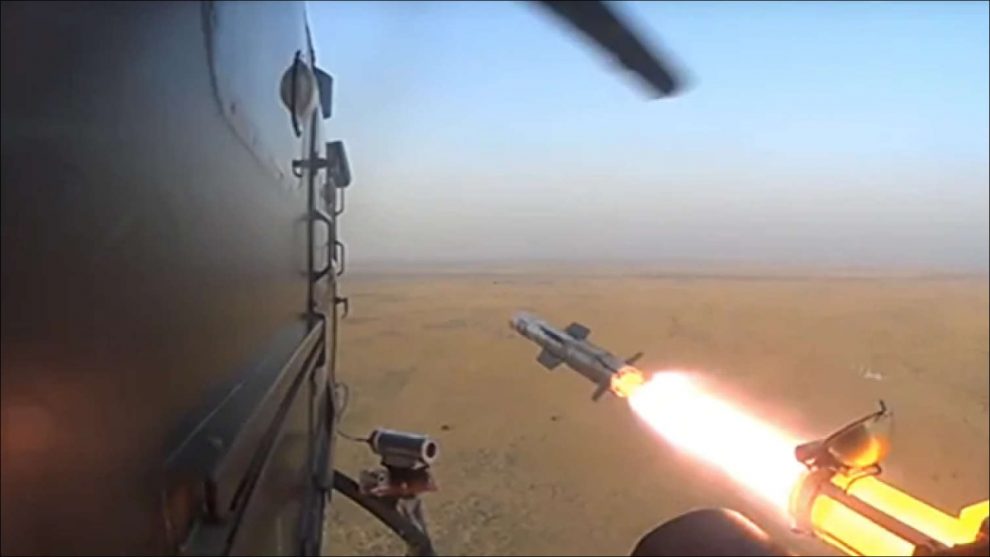 HELINA is a third generation, lock on before launch  fire and forget Anti-Tank Guided Missile that can engage targets both in direct hit mode as well as top attack mode. The system has all weather day and night capability and can defeat battle tanks with conventional armour as well as with explosive reactive armour. Indigenously developed by the Defence Research and Development Organisation , it is one of the most-advanced anti-tank weapons in the world. Now the missile systems are ready for induction. Defence minister Rajnath Singh congratulated DRDO, Indian Army and Indian Air Force for this achievement.