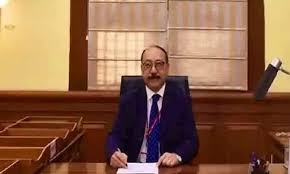 Foreign Secretary Harsh Vardhan Shringla has said the fact that the Indo-Pacific is the 21st century’s locus of political and security concerns and competition is indisputable.

The Foreign Secretary stressed that in the 21st century, the interconnectedness of the Indo-Pacific is finally coming into full play.

He added that a motivating factor is the region’s emergence as a driver of international trade and well-being.

The Indo-Pacific ocean system carries an estimated 65 per cent of world trade and contributes 60 per cent of global GDP.

Ninety per cent of India’s international trade travels on its waters.

The Fireign Secretary stated that for India, and for many others, the shift in the economic trajectory from the Atlantic to the Indo-Pacific has been hugely consequential.

He also said that the rise of China and the imperative for a global rebalancing have added to the mix.