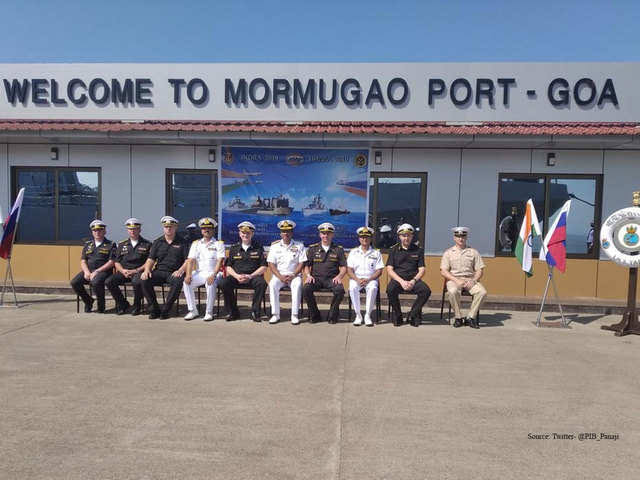 India and Russia kicked off the second edition of their bilateral tri-service exercise, designated INDRA – 2019, at Babina town of Uttar Pradesh on Wednesday, the Ministry of Defence said.
The tri-services exercise, which will be simultaneously conducted in Babina, Goa, and Pune, will help strengthen mutual confidence, interoperability and sharing of best practices between the armed forces of the two countries. As per a statement released by the Defence Ministry, company-sized mechanised contingents, fighter and transport aircraft and ships of respective services of both the countries are taking part in the exercise.
As part of the exercise, important lectures, demonstrations and drills related to counter-terrorism operations will be conducted. Both the countries will also share their valuable experience in countering such situations and refine drills and procedures for joint operations.
The exercise will culminate with a 72 hours validation phase which will test the skills of soldiers, sailors and airmen in conducting joint operations in a counter-terrorism scenario.