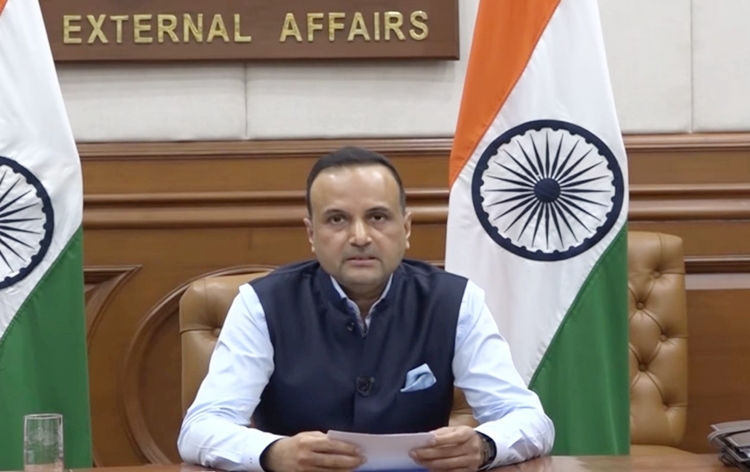 India has taken strong objection to the Press Release on Jammu & Kashmir by the two Special Rapporteurs of Human Rights Council on minority issues and freedom of religion or belief. Spokesman in the Ministry of External Affairs Anurag Srivastava said that India expects the Special Rapporteurs to develop a better understanding of the issues under their consideration before jumping to hasty conclusions and issuing press statements.

Replying over the statements issued by Special Rapporteur on minority issues Fernand de Varennes and Special Rapporteur on freedom of religion or belief Ahmed Shaheed, Mr. Srivastava said that their statement disregards the fact that Jammu and Kashmir is an integral and inalienable part of India and the decision of 5th of August 2019 regarding change in its status from a State to a Union Territory was taken by the Parliament of the country. He said, their statements fails to take into account the steps aimed at ending decades of discrimination, enshrining democracy at the grassroot level through successful conduct of local elections for the District Development Councils and ensuring good governance through back to village programme.

Mr. Srivastava asserted that the Press Release has ignored the positive impact of extending Laws applicable to the rest of India to Jammu and Kashmir and enabling the people of Jammu and Kashmir to enjoy the same rights as available to people in other parts of India.

Responding to the apprehensions regarding demographic change in the Union Territory, he said, the fact that an overwhelming majority of domicile certificates issued in J&K are to the erstwhile Permanent Resident Certificate holders shows that these fears are baseless and unfounded.

The two Special Rapporteurs had on 10th of this month shared their questionnaire with the Indian authorities. The Foreign Ministry Spokesman informed that without even waiting for the response, the Human Rights Council Rapporteurs released their inaccurate assumptions to the media. Terming the act as deplorable, Mr. Srivastava said that the release has been deliberately timed to coincide with the visit of a group of Ambassadors to Jammu and Kashmir.