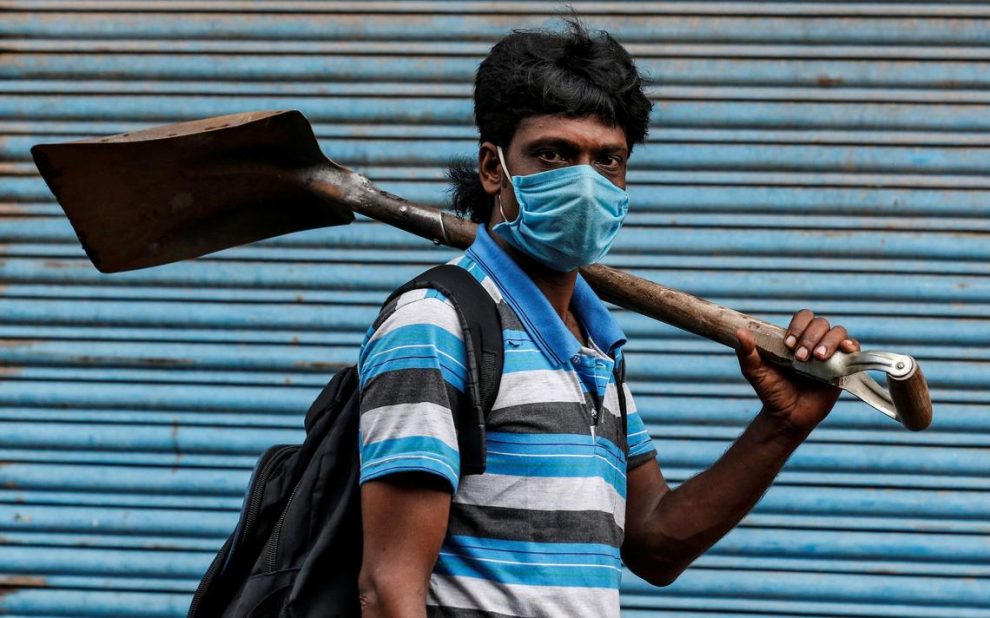 MUMBAI: India unveiled plans on Monday to create a database registering hundreds of millions of informal workers, many of whom have struggled to access state aid during the COVID-19 pandemic because they are undocumented.

Announcing the annual budget, Finance Minister Nirmala Sitharaman said 1.3 billion rupees ($20.5 million) would be spent to develop the online register of off-the-books workers, who account for about 90% of India’s 450-million strong workforce.

“(It) will collect relevant information on gig, building, and construction workers among others,” she said in her budget speech to parliament. “This will help formulate health, housing, skill, insurance, credit, and food schemes for migrant workers.”

About 100 million of India’s informal workers are migrants who typically travel from their villages to bigger cities in distant parts of the country to work at brick kilns, garment factories, in hospitality or at construction sites.

India has no central registry of migrant workers despite passing legislation 40 years ago to establish such a database, the labour ministry said last year.

The law aimed to formalise employment contracts and protect migrant labourers’ rights, but it was rarely enforced. Labour officials say the fact that workers are constantly on the move makes documenting them difficult.

The Indian government said last year it would spend 35 billion rupees ($463.06 million) on food for migrant workers and offer them jobs in their villages under a rural employment scheme but implementation was patchy.

Rajendran Narayanan, a volunteer with a group of relief workers that helped stranded migrant workers last year, said he hoped the database would be used to help workers and not end up being used as a workforce pool for employers to dip into.

Other labour campaigners said the announcement of the database should have been accompanied by pledges of additional aid for people who had lost their livelihoods during the pandemic.

“Remittances to villages have dropped and households of migrant workers are suffering so the government should have announced some financial support to those who lost jobs,” said Umi Daniel, director of migration at Aide et Action International South Asia.

Second phase of COVID-19 vaccination programme starts with 415 inoculations in Srinagar
Forget no one: U.S. cities use real-time data to end homelessness
Comment