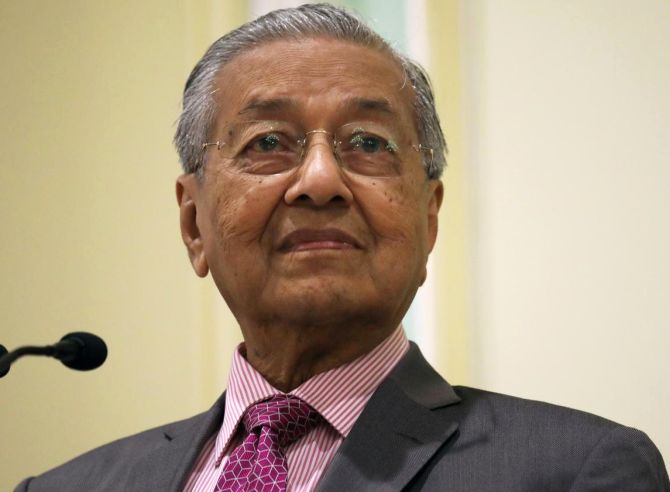 The Citizenship Amendment Act (CAA) is “a matter entirely internal to India” and does not impact the status of any citizen, the Ministry of External Affairs (MEA) said on Friday, in response to the “factually inaccurate” remarks of Malaysian Prime Minister Mahathir Mohamad on the country’s recently enacted legislation.
“According to media reports, Malaysia’s Prime Minister has yet again remarked on a matter that is entirely internal to India. CAA provides for citizenship through naturalisation to be fast-tracked for non-citizens who are persecuted minorities from three countries,” the MEA said in a statement. “The CAA doesn’t impact the status of any Indian citizen or deprive any Indian of any faith of her/his citizenship. Malaysian PM’s remark is factually inaccurate. We call upon Malaysia to refrain from commenting on internal developments in India, without the right understanding of facts,” the statement read.
Speaking on the sidelines of the Kuala Lumpur Summit 2019 on Friday, the Malaysian Prime Minister questioned the “necessity” of the Citizenship Act, when Indians have “lived together for 70 years”, according to media reports.
The CAA makes it easier for “persecuted” minorities from three neighbouring countries to get citizenship but not if they are Muslims, Mohamad was quoted as saying.
“I am sorry to see that India, which claims to be a secular state, now is taking action to deprive some Muslims of their citizenship,” said the 94-year-old leader.
“If we do that here, I do not know what will happen. There will be chaos and instability, and everybody will suffer,” he added.
India has, time and again, maintained that the legislation, which promises Indian citizenship to non-Muslim refugees of Pakistan, Bangladesh, and Afghanistan, who arrived in India on or before December 31, 2014, was entirely “internal” to India.
The Citizenship (Amendment) Bill was passed from Parliament earlier this week and became an Act with the Presidential assent to it on November 12.