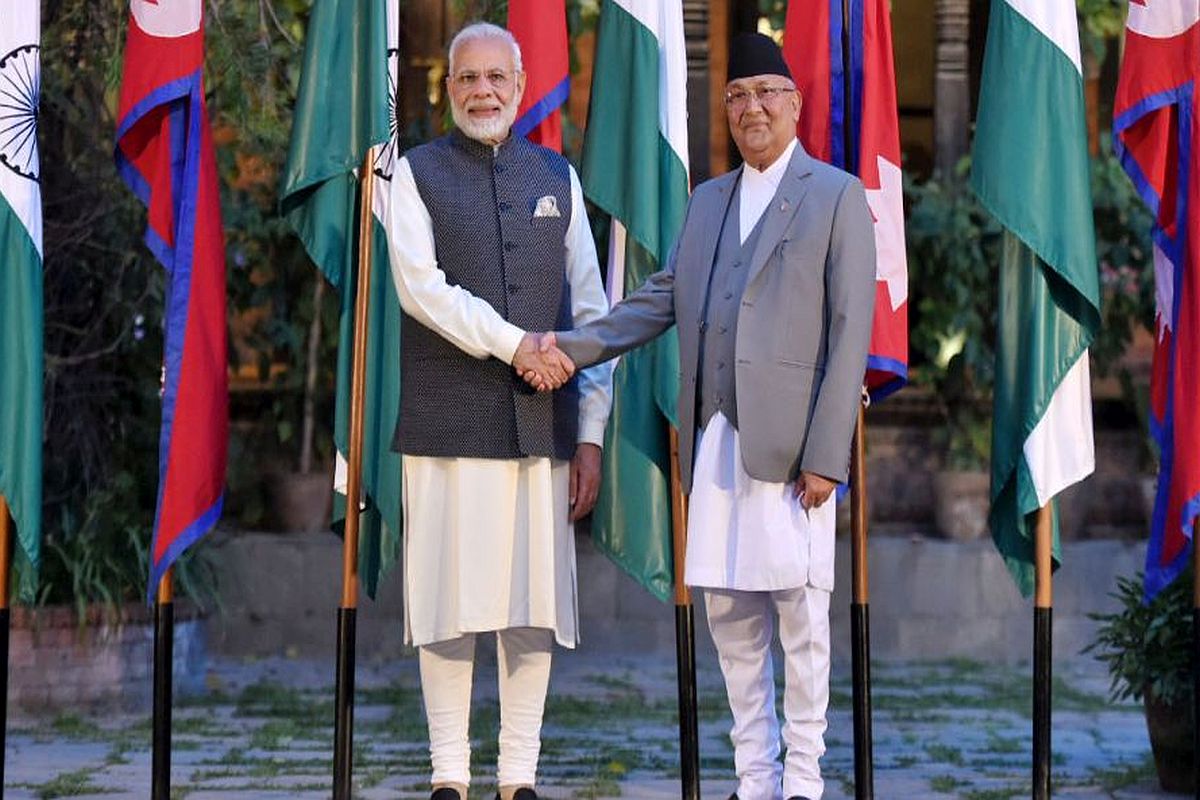 Opening a window for future interactions, officials of Nepal and India met Monday to discuss projects in Nepal being assisted by the Indian government. These include the Pancheshwar multipurpose project and motorable bridges over the Mahakali (Kali, Sharda) river which originates in the Kalapani area, at the centre of a boundary dispute which peaked in May and froze bilateral dialogue.

At the videoconference meeting in Kathmandu, the first between officials since the border row, the Nepal delegation was led by Foreign Secretary Shankar Das Bairagi while Ambassador Vinay Mohan Kwatra headed the Indian team.

Sources said the conversation was “positive” and “productive” although the boundary dispute was not discussed. The meeting focused on border infrastructure projects and a cross-border oil pipeline.
The talks took place two days after Nepal’s Prime Minister KP Sharma Oli called up Prime Minister Narendra Modi on Independence Day and agreed to continue discussions on bilateral matters in the future.

Officials of both sides, under the aegis of the bilateral oversight mechanism, sat 4 km apart in Kathmandu to review, via videoconference, the implementation of projects which are part of the bilateral cooperation.

More than the outcome of the meeting, the fact that two sides interacted at a time when ties have plummeted is being seen as a thaw that could lead to further meaningful dialogue, at least on the Nepal side.

A statement by the Ministry of External Affairs said the co-chairs noted the “progress made” in development projects in the last one year, including “reconstruction of 46,301 earthquake-affected houses (out of 50,000 houses committed by India) in Gorkha and Nuwakot districts, the operationalization of Motihari-Amlekhgunj cross-border petroleum products pipeline, the Integrated Check Post at Biratnagar and High Impact Community Development Projects”.

India had undertaken the task to help Nepal with reconstruction following the April 2015 earthquake and this, sources said, was “much appreciated” by the Nepalese side during the meeting.

“Nepal also noted with appreciation Covid-19 related assistance, including the supply of medicines and medical equipment to Nepal by India,” the MEA said.

Nepal officials said the issue of the Ramayan circuit was discussed — this has been viewed positively by Delhi.

The Nepalese side provided a more detailed list of projects that were discussed. Both Delhi and Kathmandu underlined the need for expeditious implementation of the projects.

Nepal’s Foreign Ministry said, “they agreed to undertake necessary measures to timely address problems and obstacles in the course of implementation”. The MEA too said both sides agreed to “expedite their implementation”. Both agreed to hold the next meeting at a mutually convenient date.

India’s inauguration this May of a new road from Dharchula to Lipulekh on the Mansarovar Yatra route angered the Oli government which came out with a new map of Nepal, adding to it an area of 370 sq km at the tri-junction of Nepal, India and China (Tibet) which India maintains is its territory.

A Constitution amendment Bill was passed by Nepal’s parliament to legitimize the alteration or addition of Kalapani, Lipulekh and Limpiyadhura to the country’s new map. The passage of the Bill and the new map had led to breakdown of communication between the two countries.