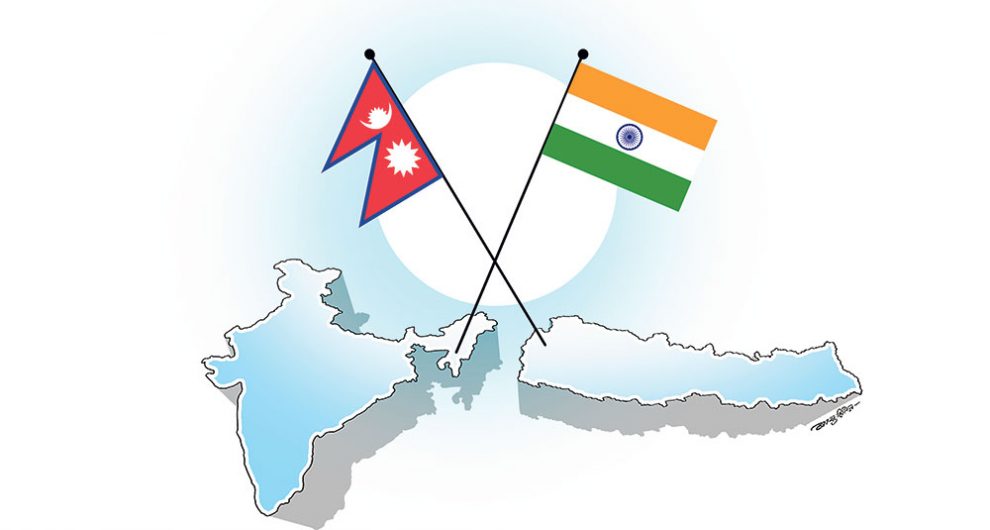 India-Nepal relations have been on a downward slope. Many have blamed the border blockade as the turning point; others have pointed to China’s increasing influence. Many more have highlighted Nepal’s domestic politics as being primarily responsible.

What looked like a visible upswing in relations following Prime Minister Narendra Modi’s grand reception in Kathmandu in 2014 did not last long. Modi visited Nepal four times in his first tenure as PM and signed many agreements on infrastructure, tourism, trade, and culture. However, these developments coincided with Nepal’s adoption of the new constitution.

The Indian stance on this was seen unfavourably by Nepal. The official Indian statement said, “We note the promulgation in Nepal today of a Constitution.” In the same statement, India also expressed concern about violence in response to the new constitution, and urged “that issues on which there are differences should be resolved through dialogue in an atmosphere free from violence and intimidation, and institutionalized in a manner that would enable broad based ownership and acceptance.”

India’s preference was for a consensual constitution, which took all stakeholder interests and concerns into account. Within Nepal, however, the Madhesis and Janjatis were opposed to the constitution. Ultimately, the Madhesis closed the border with India, obstructing movement of goods across the border. This caused great discomfort to the people, who had been affected by the earthquake just a few months earlier.

Nepal looked to China to bail it out of economic hardship. To meet its fuel deficiency, Nepal signed agreements to import petrol, diesel, and petroleum products. China agreed to supply 1,000 metric tons of fuel on a grant basis. Agreements on infrastructure development in Nepal, hydropower, trade, and construction of railways and highways linking the two countries were also signed.

At the time, Nepal had only one trade point with China, through the Kodari pass that had been damaged during the 2013 landslide and later, the earthquake. Another trade route was opened through Kerung pass in 2014, which was later connected with the rail link from Xigaze. Kathmandu and Beijing are planning to open seven more trade routes. In 2017, Nepal signed on to China’s Belt and Road Initiative (BRI).

Chinese presence across various domains in Nepal, such as socio-economic, political, and defence, has increased over the past few years. Incidentally, the increased interaction has also diminished China’s attractiveness, with local media reporting incidents of clashes between Chinese nationals and Nepalis. Similarly, the media and political commentators—hitherto cautious in their commentary—have begun to question the government’s policies and projects with China.

More recently, Nepal countered India’s new map and laid claim on the Lipulekh and Limpiyadhura passes in Uttarakhand. It became more assertive after India inaugurated a road to Lipulekh pass in 2020. A new map with the aforementioned territory was unanimously passed by Nepal’s parliament.

Some Indian policy analysts have suggested that this was done at China’s behest given its coincidence with the India-China border standoff. Historically, these passes belonged to India. People used them for trade and pilgrimage to Mansarovar. Nepal has never used them. Kathmandu’s aggressive posturing on boundary issues with New Delhi, despite other pressing issues such as the pandemic, led to the suspicion that Prime Minister KP Oli was trying to divert domestic attention by raising issues related to nationalism and sovereignty.

Ultimately, there are various reasons for the negative turn in the bilateral relationship. First is Nepal’s domestic politics, with PM Oli attempting to usher in anti-India nationalism to counter dissent within his party and from opposition parties. This age-old political tactic still works like a charm. Secondly, PM Oli’s personality must also be assessed. He is a confident, assertive, and astute politician who is currently quite displeased with the belittling of his office by Indian bureaucrats.

It is Nepali public sentiment and transboundary people-to-people links that have helped the bilateral relationship withstand political challenges. However, irresponsible reporting in the Indian media and personal comments on Oli that have verged on slander have impacted the Nepali view of India. Nepal amending its Citizenship Act has also done little to alleviate the depression in the relationship.

The Indian government has shown a preference for solemn resolve to assuage tensions and not let political tensions spill over into other areas of cooperation. Over the past two years, energy and infrastructure projects such as the 69 km-long Motihari-Amlekhgunj petroleum pipeline have been completed. The pipeline was inaugurated in 15 months instead of the stipulated 30 months. Survey work for a railway link from Raxaul to Kathmandu was completed in December 2019, and the Jayanagar-Kurtha broad gauge rail is expected to be operational from December 2020.

During the pandemic, India has lent periodic assistance to Nepal by supplying PPE kits, medical supplies, ventilators, etc. In keeping with tradition, Indian Chief of the Army Staff (COAS) General MM Naravane visited Nepal on the invitation of Nepal Army Chief, General Purna Chandra Thapa on 4 November, in a continuing Indian attempt to reset the relationship.

Nepal does not emerge as a ‘loser’ in this scenario. It has sparked further competition between its neighbours, and is benefitting from both relationships. It has tried to shrink the space traditionally occupied by India by opening up space for China—especially in the political and economic spheres. India’s projects thus appear to be directed more at countering China and reclaiming lost space in Nepal.

The author teaches at the Centre for Inner Asian Studies, SIS, JNU.