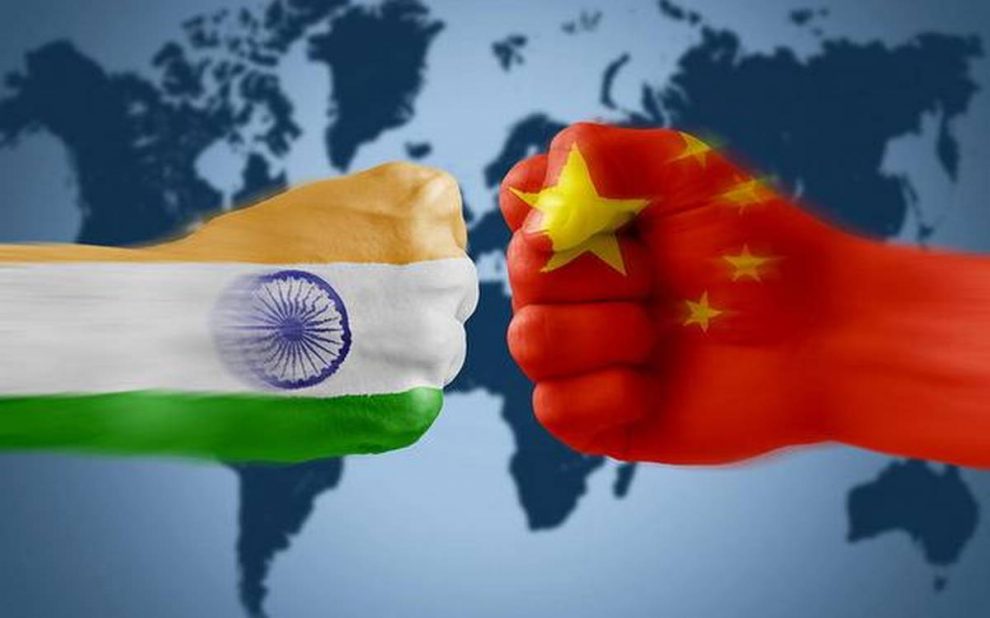 Geographically, the neighbourhood is typically a country’s first point of diplomacy. India’s relationship with its neighbouring countries (NCs)—Afghanistan, Bangladesh, Bhutan, Maldives, Myanmar, Nepal, Pakistan and Sri Lanka—has similarly been key to its foreign policy. This is certainly true of the past decade (2010-2020), especially since 2014, when the Prime Minister Narendra Modi-led government first enunciated its ‘Neighbourhood First’ Policy (NFP), and the PM made a record number of visits (16) to neighbouring capitals between 2014-2020. This extensive outreach must be seen in the context of New Delhi’s renewed engagement with the concept of vishwaguru—for which regional primacy is a prerequisite—and China’s rise both globally and within the subcontinent.

While this review examines decadal trends through two governments—Dr Manmohan Singh’s UPA-II (coalition) government (2009-2014) and the Narendra Modi (NDA) government (2014-ongoing), much of the focus is concentrated on the latter for reasons detailed above. Three key trends characterising India’s relationship with its immediate neighbourhood over the past decade can be discerned.

From SAARC to BBIN and BIMSTEC: Discernible Shifts in Regionalism

The period 2010-2020 witnessed the South Asian Association for Regional Cooperation’s (SAARC) steady weakening. One of the key indicators is that only two SAARC leaders’ summits were held during this time (2011 in Maldives and 2014 in Nepal). This neglects Article III of the SAARC Charter, which calls for heads of state or government to meet once a year, or more often if so determined by the member states. A third summit scheduled for Islamabad in 2016 was indefinitely postponed after New Delhi decided to boycott it in the wake of the Uri terror attack.

There was however initial promise—2014 saw some potential for revival with India as the catalyst. Modi’s invitation to the SAARC heads of state to his oath-taking ceremony, and the Kathmandu Declaration in the same year, which sought to “reinvigorate” and “revitalise” SAARC, set the ball rolling. Interestingly though, the same summit suggested an indication of regionalism’s shifting trajectory, prominently encapsulated in Modi’s speech: “The bonds will grow. Through SAARC or outside it. Among us all or some of us.”

This regional shift played out the very next year, with the signing of a Motor Vehicle Agreement (MVA) between four countries: Bangladesh, Bhutan, India, and Nepal. The agreement marked the birth of a new sub-regional framework: BBIN. After prolonged negotiations, an MVA and two other agreements on cross-border energy and railway cooperation were tabled at the 2014 SAARC summit. Pakistan was initially reluctant, later agreeing only to the one on energy cooperation. Islamabad’s reluctance emerged from its preference for the resolution of bilateral political issues first, before economic integration with New Delhi. This contradicts Article X of the SAARC Charter: to avoid bilateral and contentious issues from holding up SAARC deliberations. It also highlights how India-Pakistan dynamics have dictated the bloc’s past, present, and future.

New Delhi understood the growing frustration of other countries and the need for regional integration. It started engaging with BBIN and Bay of Bengal Initiative for Multi-Sectoral Technical and Economic Cooperation (BIMSTEC) more proactively. It is clear that in the past few years, New Delhi has shifted from SAARC towards BBIN, and primarily, BIMSTEC. Importantly, in the ruling government’s party election manifesto of 2019, BIMSTEC replaced SAARC (from the 2014 manifesto) as the key forum to advance India’s NFP.

India’s domestic politics play an important role in its external relations, especially with neighbours. While this trend has been visibly stronger in the past few years, it is not a new phenomenon to be found only under NDA reign. For example, the Teesta water-sharing agreement, which has been in limbo for years now, was on the brink of resolution in 2011. West Bengal Chief Minister Mamata Banerjee pulled out at the last minute, just before PM Singh was to sign the agreement in Dhaka. In 2013, Singh didn’t participate in the Colombo Commonwealth Summit because of opposition from the then Tamil Nadu government and Congress party members from the state.

Still, in 2014-2020, the impact of domestic decision-making on India’s neighbourhood foreign policy definitely became more emphatic. The BJP-led NDA government coming to power in 2014 and 2019 were important milestones in this regard; a headwater for subsequent events. The government’s championing of nationalism and Hindutva’s political and cultural identity contributed to several key domestic decisions, such as on Article 370, publication of the new map of India, and the Citizenship Amendment Act (CAA) and National Register of Citizens (NRC).

The abrogation of Article 370 further dented an already tense India-Pakistan relationship. This decision was accompanied by the division of India’s Jammu & Kashmir into two new union territories, Jammu and Kashmir and Ladakh, followed by the publication of a new map. The map incorporated some territories in dispute with Nepal within India’s borders, thus causing a stir in ties with Kathmandu. The passage of CAA in December 2019 and the government’s plan to follow it up with updates to the National Register of Citizens (NRC) concerned Bangladesh. Dhaka feared that a combination of the CAA and NRC could lead to an influx of refugees from India, at a time when it was already hosting nearly a million Rohingya refugees from Myanmar. Dhaka’s displeasure was demonstrated not only through several non-verbal gestures but also verbally, by Prime Minister Sheikh Hasina who called the Act “unnecessary” even while noting that it was India’s internal matter.

China and India’s trade numbers with the NCs give some context on the capacity and capability divide between the two. As per the World Integrated Trade Solutions (WITS) data (available till 2018), India’s trade volume with the NCs grew from US$ 13.45 billion in 2008 to US$ 30.96 in 2018—an approximate rise of 130 per cent. China’s trade volume with the NCs grew at approximately 262 per cent between 2008 (US$ 16.58 billion) and 2018 (US$ 59.99 billion). According to a study by Brookings India, Indian and Chinese trade volumes numbers with South Asia were at similar levels until 2005. Since then, however, Beijing’s trade interactions have consistently been on the rise, barring a slight dip in 2009 due to the global financial crisis—unlike New Delhi’s fluctuating numbers. Pakistan’s strong economic ties with China, in particular, have been an important driver of the widening gap between New Delhi and Beijing’s overall trade volumes with South Asia.

India and China’s continued jousting for space and influence present opportunities to seek better gains for countries in the neighbourhood. For the NCs, dealing with China is likely to be a one-way street with limited scope for mutual cooperation. In this scenario, India has a chance to offer a more collaborative diplomatic framework that acts as a catalyst for an open and interconnected region.

If New Delhi is able to steer away from one-upmanship with Beijing and focus on strengthening its own economic and political capacity, including its ability to engage with the neighbourhood, we may see more constructive India-China competition that would be to the NCs’ benefit. Further, sharpening its ability to deliver could lead to India becoming a preferred partner for the NCs. India’s NFP and the Act East Policy could also witness a merger through a natural common link like BIMSTEC, which is already an emerging focal point of New Delhi’s regional outreach.

A more deliberate and proactive Indian approach towards an inter-connected neighbourhood would automatically pose a legitimate counter to China, although without the latter’s capital heft. Further, since the negative foreign policy impacts of domestic Indian decision-making are only likely to rise, a proactive outlook towards the neighbourhood could create a cushion for future diplomatic friction.

The author is Researcher with IPCS’ South East Asia Research Programme (SEARP). The article first published on the website of IPCS and views are of author. 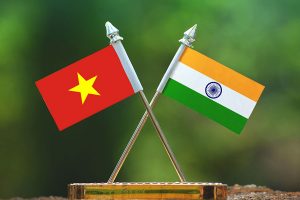 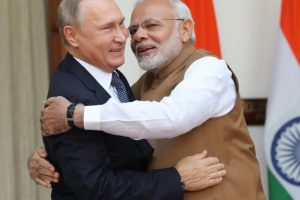 Putin’s Visit to India: Launch of a Revitalised Partnership
Comment